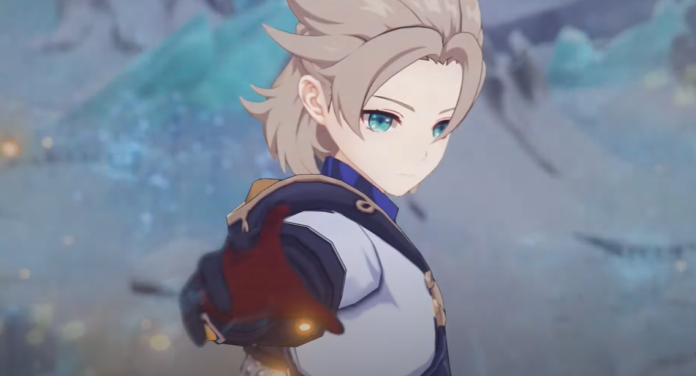 A few minutes ago, Genshin Impact’s official Youtube channel released a character demo trailer for the upcoming five-star Geo user – Albedo. The character demo is officially called Contemplation in Chalk. And, as the name suggests, the new trailer focuses on Albedo, his Abilities, his Ideals, and his thoughtful thinking on the existence of all life.

Furthermore, for the first time players can see Albedo and Klee duo, featured in the character demo. Also, the trailer showcases how elegant Albedo’s attacks and elemental abilities are, how they can be used in a much creative way, and much more.

Although, a character demo trailer doesn’t focuses on the exact details on the abilities of that particular character. Below, is an in-depth explanation of Albedo’s elemental abilities.

Albedo’s attack talent is called Favonius Bladework – Weiss, and like any other Genshin Impact playable character, it has three forms.

Now, that we all have had a detailed look at Albedo’s attack talents and elemental abilities. Let us conclude this article with a quick recap of the Genshin Impact 1.2 update.