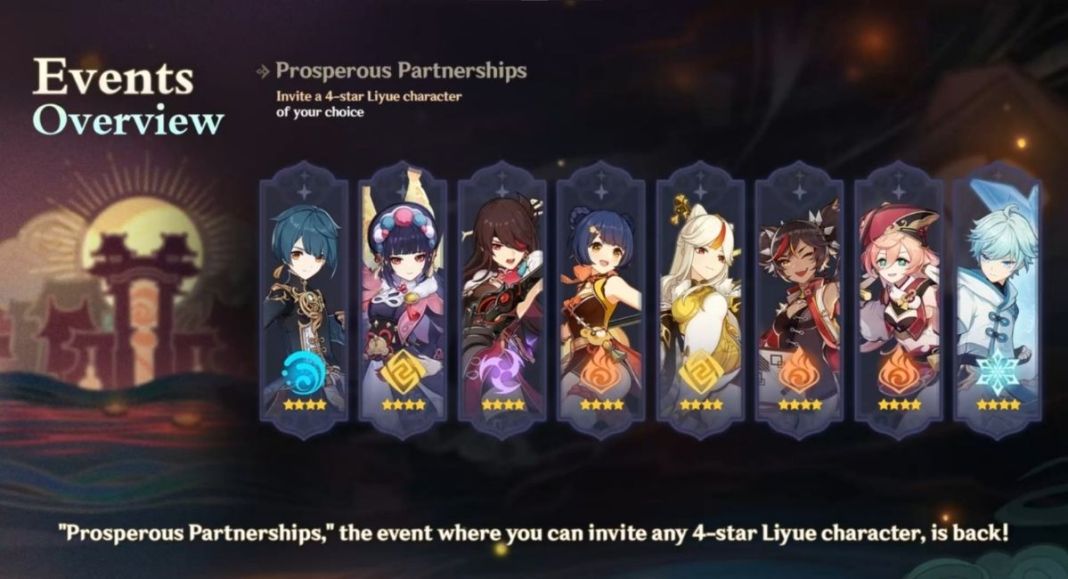 Genshin Impact 2.4 “Fleeting Colors in Flight” update slated to release on January 5, 2022, will offer a ton of new and re-run events in which players can participate to earn a profusion of free rewards that range from free Primogems to even free character Skins and playable characters.

Related | How to Get Yun Jin for Free in Genshin Impact

In midst of all events coming with the Genshin Impact 2.4 update, we have the main event, Fleeting Colors in Flight—which is a nuanced version of the Lantern Rite Festival with many sub-events.

In this Genshin Impact guide, we are going to talk about one such sub-event called Prosperous Partnership which you can experience in the version 2.4 update.

The Prosperous Partnership is a sub-event under Genshin Impact 2.4 update main event, Fleeting Colors in Flight. In this sub-event, you will accumulate event currency to obtain a Liyue character for free.

The Prosperous Partnership sub-event itself doesn’t have any challenges or quests. It is just a section where players can use the Firework Coins and Hydra Boss Coins to get a free copy of a four-star Liyue character, including:

So what is Firework Coins and Hydra Boss Coins?

Firework Coins and Hydra Boss Coins are two of the three event-exclusive currencies that players can obtain during the Fleeting Colors in Flight event.

Genshin Impact 2.4 Prosperous Partnership Event | Everything We Know So Far