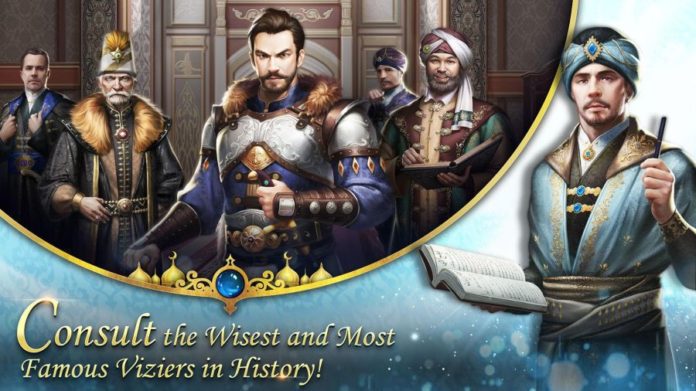 In today’s article, we’re going to talk about everything vizier-related in Game of Sultans. We’re going to share a complete guide to viziers in the game, as well as our own list of the Best Viziers to focus on upgrading and taking up to the next level in order to get massive Arena wins and easy victories in the Campaign or Union Expeditions.

There are currently 47 Viziers that you can unlock through various means in Game of Sultans, but not all potential generals have the quality to make an impact where it matters: on your military.

Therefore, this guide will help you understand how this entire mechanic works and how to invest in the best of the best.

How do Viziers Work and how to improve them

Viziers are extremely important in the game, as they represent the main source for increasing your Kingdom’s power. They are also used to defeat enemy generals in campaign mode and their general strength counts when sending expeditions in the Union.

You need that attribute to be as high as possible in order to increase your Vizier’s strength in all areas of the game. And although all attributes increase your Kingdom’s power, it’s just the Military ones that count in combat.

Therefore, you should only spend your Military-affecting books, as well as the ones that give boosts to random skills to your main warriors. The items that develop their military skills (marked with swords in the Develop tab in each Vizier’s menu) should also be used only on your top fighters.

Basically, you should always strive to increase their military strength as much as possible.

Another great way to boost your Viziers is to level up the consort affecting them. There are many consorts available in the game – some easier to unlock than others – but they all affect your Viziers’ skills.

Focus on those who increase the military skills since the boosts obtained this way will be huge.

Therefore, a Vizier that is not normally a great warrior can be turned into one if you unlock early on a consort that boosts their military.

It is the case of Lufti in my game – since I unlocked Cecilia early on and she gained a lot of experience, she’s giving him a boost of 6,800 in military power. That’s a huge bonus to have!

So always look at the consorts you have and what Viziers they affect and plan developing them in pairs in order to boost them. And remember: the only skills that really matter are the military ones.

My recommendation is to focus early on developing one main Vizier, then move to two.

When the game’s missions require you to have 6 level 60 Viziers, focus on developing 4 – even though this means some lost time and fights in the Arena (where you can’t choose the vizier and sometimes your worse ones will make it there).

Except for the Arena battles where all your Viziers above level 60 will take turns to fight, you will need a maximum of 2 top Viziers: this is the number used in Expeditions, while your best of the best will be used to defeat enemy generals in the Campaigns.

In other words, don’t spread your Military orbs and boosts too thin as you will end up with a bunch of mediocre Viziers that will make progress impossible!

How to get more viziers in Game of Sultans

Getting Viziers in Game of Sultans follows a pretty well-defined line and is not as random as getting the Consorts, for example.

You will unlock most of your generals by completing the in-game missions, reaching certain milestones in the game (like a specific level, power ranking and so on). You can also unlock some of the more special Viziers by making purchases in the game.

In other words, be extremely active and complete the missions and challenges and you will have more Viziers than your opponents do.

Finally, in order to make them even better for PvP battles and increase their attack power, don’t forget to keep sending them to train in the Imperial Academy.

It’s a good idea to buy with diamonds an extra slot and train two of your viziers at a time. Over and over again, until they become PvP beasts!

The best Viziers to focus on

The best Viziers to focus on early are those that start with a high Military ranking and ideally have two Military skills under the Develop tab. This way you can build on the boosts as you get more items by playing the game.

Also important are the Consorts you have unlocked – and since these vary from player to player, you’ll have to check everything out by yourself.

Either way, there is at least one Vizier that everybody gets early on and is a good guy to focus on: Veli. You unlock him early on and he’s a great fighter.

Other great viziers to turn into great warriors that you will unlock early on (and therefore have more time to work on them) are Lufti, Fazil, Hadim and Gedik. If you make at least a purchase and get Hersek, he’s also a great warrior.

In the end, the list above can be influenced by the Consorts you find. So adapt based on the ones you can improve ASAP.

This would be everything you need to know about Viziers in Game of Sultans. Now you can make educated choices based on the ones you have unlocked while playing and you’ll definitely get the most out of the most powerful ones, even if you started developing them in not quite the best way possible.

If you want to read even more about Game of Sultans, we’ve got you covered! We have written a complete strategy guide for the game, as guide on heirs. Enjoy! 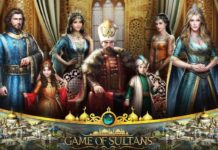 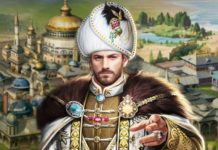 Game of Sultans Guide to Hunting, Fortress Raid and Honor 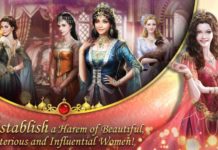 Game of Sultans Consorts Guide: How to Get All Wives in the Game (and More)