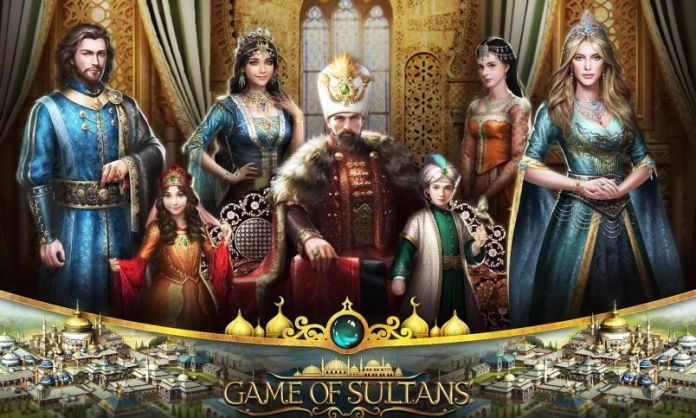 There are few games out there that give you the chance to have heirs, but Game of Sultans is one of them. And today, we’re going to share a complete Game of Sultans heirs guide so that you know everything about this in-game feature and how to use it to get the most out of it.

We have already written some regular tips and tricks for the game, as well as a complete guide to consorts – make sure to check them out as well if you want to become a true master of this game.

But now, let’s check out everything about heirs in Game of Sultans in order to build a powerful kingdom.

Even more, I will tell you how to share your Player ID code in order to match your heirs with fellow players and get an even bigger boost to your kingdom’s power. So let’s not waste any time and instead let’s check out below a complete guide to heirs in the game!

Understanding Heirs & How to get better ones

Heirs will be born randomly as you visit your consorts. However, in order for a Heir to be born, you will need to have an empty slot in the Palace.

And since they are really useful (and take a long time to develop), you should use your diamonds to unlock at least one extra Heir slot.

Rarer quality Heirs will be better (giving you a greater kingdom power boost), but they will also require more time invested in developing them.

You are developing heirs by “feeding” them and the maximum is 2 per every 3 hours until they reach their maximum level (rarer ones have a higher maximum level).

This is why it’s generally a good idea to keep all your consorts at Intimacy levels as high as possible, since you visit them randomly – and you always want to get one with a high level to get a great heir.

Marrying your Heirs in Game of Sultans

Another extremely interesting feature of the game is that once your Heirs reach adulthood (hit the maximum level after feeding), you can marry them. Marriage is made with actual Heirs of other players in the game and it increases your Kingdom’s power even further.

However, marriage is both expensive and a bit difficult if you don’t have another player’s ID to marry their heirs. You can hit the Matchmake button in the Marriage menu and eventually you will find somebody to marry – but this takes time and many trials.

When you find somebody to marry (even if you have another player’s ID), you will have to spend one ring or Diamonds in order to get the marriage done.

If you have the Player ID of another player, things are a lot easier and faster when it comes to getting your heirs married. And you can share your Player ID in the comment section below in order to get this done faster.

How to find your player ID? Simply tap your character’s icon in the upper left corner of the screen. In the menu there, below your character’s name, you will find your ID (8 numbers). Copy them and share them with the world to make everything a lot easier.

This would be everything you need to know about Heirs in Game of Sultans. Hopefully our guide was useful and helped you better understand this interesting feature of the game.