Garena is gearing up to release the most awaited Free Fire OB26 update in a few upcoming days. The forthcoming version will be launched with a lot of new additions and a brand new Elite Pass to the game.

Moreover, the beta testing, also known as Advance Server, has also been released to experiment with the new features of the OB26 update before they are implemented in the main version.

For those who are eagerly waiting for the Free Fire OB26 update release, here’s when you can expect the new version.

Free Fire OB26 update will be released on February 4, 2020 (UTC). As usual, the in-game servers will be taken down for maintenance to roll out the update globally. Once the maintenance starts, the players will not be able to enter in the game.

As per the leaks, the Free Fire OB26 Update will bring new characters, pets, modes, and much more to the game. Once the update goes live, players can directly download it from Google Play Store and Apple Store for Android and iOS devices, respectively.

The update will require approximately 2 GB of free storage on your smartphone. Beyond this, make sure that you’re on a strong WiFi connection to ensure the swift installation of the Free Fire OB26 update.

Related: How to register for Free Fire OB26 Advance Server 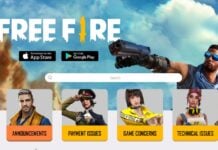 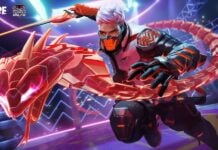