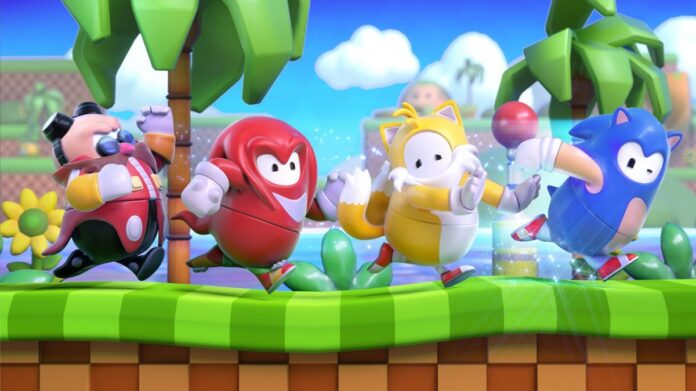 Fall Guys is known for its addictive game modes and charming costume designs. The online multiplayer brings players a mix of joy and frustration as they try to run each race and survive until the end. The range of available costumes includes animals, historical figures, and mobile gaming favourites such as Among Us. The latest crossover to come to Fall Guys is Sonic the Hedgehog. Find out here all about this upcoming event in ‘Fall Guys X Sonic’s Adventure: Event Release and Rewards.

This latest Fall Guys event will bring Sonic-themed costumes for our little beans as well as a brand new show! Thanks to @FGPancake on Twitter, we have leaked event information before the release in August.

The event will include special rewards and a brand new show, and will be live between August 11th and August 15th 2022. Costumes will include iconic characters, Sonic, Knuckles, Eggman, and Tails. There will even be a ‘You’re Too Slow’ emote!

The brand new show ‘Gotta Go Fast’ is Sonic-themed with gold rings, Sonic-blue pipes, and speed run areas. According to leaked gameplay previews of the new show it looks like we will have to collect Gold Rings as we run through the level. Check out the gameplay on YouTube (with thanks to Pancake Fall Guys Leak).

Related: How to Hug in Fall Guys

The special event quests include running certain distances and collecting a number of rings in the new show. The rewards for this are XP, Sonic-themed cosmetics, and Kudos (in-game currency).

This is everything we know so far about the new Sonic and Fall Guys crossover coming next week! The event starts August 11th- good luck.