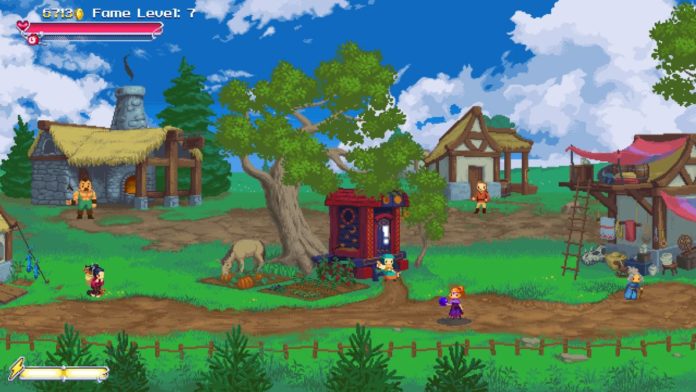 The world’s first Endless Action RPG, Slayin, is getting a sequel released exclusively on Nintendo’s Switch console and it’s a game that you definitely want to play if you’re all about intense action, retro graphics and even co-op play.

Slayin 2 is going to be launched for the Switch on May 7th with a bunch of cool features, including a fully-fledged story mode and a much appreciated co-op mode in local multiplayer (drop-in, drop-out).

Engage endless hordes of monsters up close as a valiant knight, or shower them with arrows, bombs, and spells using 8 unlockable heroes with completely different skillsets and playstyles.

The enemies will keep coming and you’ll have to keep those combos running as well in your endless pursuit of fame and fortune. Legendary bosses will challenge you and your teammate greatly, while hidden areas filled with treasures await to be found.

The original game was launched as an iOS exclusive back in 2013, but now it’s making a move to the big(ger) screen of the Nintendo Switch, with brand new features and mechanics, delivering a modern experience to those who have tried the original as well as those new to the game.

Focusing on the first game’s addictive, arcade-ish base mechanics of slayin’ and looting hordes of monsters, Slayin 2 also comes with some deeper RPG features like skill progression and the various specialized characters. And, of course, the cherry on top here is the co-op mode that makes everything a lot more fun!

Check it out in the trailer below:

Slayin 2 will be released exclusively on Nintendo’s Switch on May 7th, with an introductory discount of 35% off the regular price. This is one of those games that you will fall in love instantly and appreciate even more if you have somebody to play it together with.