Home Switch Dragon Quest I, II And III Confirmed For The West For Nintendo... 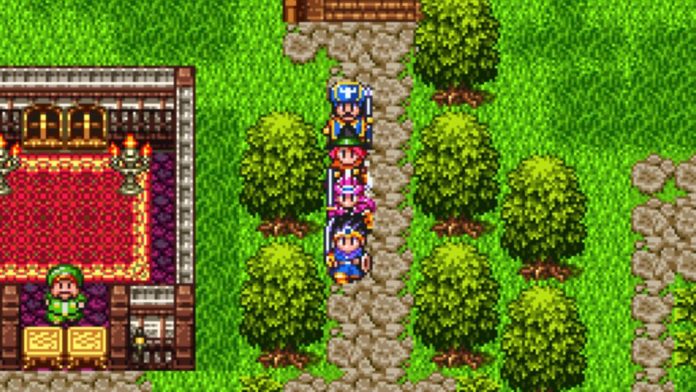 September 27th is setting out to be Dragon Quest day for Nintendo Switch owners, as several entries in the popular JRPG series are getting releases in North America and Europe.

Square Enix recently confirmed that Dragon Quest I, II And III, which have all been confirmed for Japan and Asia a few days back, will be released officially on the North American and European Nintendo Switch eShop. Only the digital release has been confirmed so far for the West, so if you really want to own a physical English copy, you will have to purchase the Asian version. The games will release on September 27th.

Dragon Quest I, II And III are part of the Erdrick trilogy, and they set the basis for the entire series by introducing staples that have appeared in the games since then, such as the job system, the turn-based battle system and more. While all three games will play like the originals, they have received some graphics enhancements for the Switch so that they look good at high resolutions.

Dragon Quest XI S is also releasing on Nintendo Switch on September 27th. The game is an updated version of the original that has been released last year, and it includes a variety of improvements and new content. One of the best exclusive features is the 2D mode, which will allow players to enjoy the whole game as if it were one of the classic entries in the series. If you have played and enjoyed the original release, you will like Dragon Quest XI S even more.

Dragon Quest I, II And III launch on Nintendo Switch in the West on September 27th.