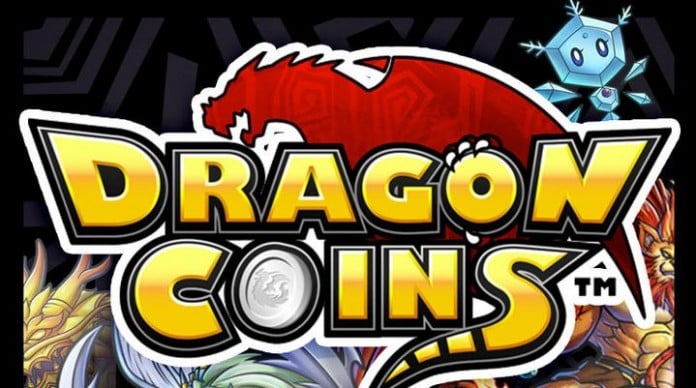 Although I really love the surprisingly beautiful and innovative indie games that hit the App Store every now and then, I must admit that I also want to try all titles released by established companies, because I believe that if a company has more money to invest in the making of the game, it automatically has more chances of actually being a great one. Therefore, I was pretty excited to instal SEGA’s Dragon Coins, a freemium game that pits you against teams of monsters combining some interesting game mechanics to create an otherwise interesting RPG.

The game is, in theory, extremely complex and if I were to explain all its mechanics, it would probably sound like the craziest, most difficult game ever: you have different types of currencies that can buy you chests with cards, cards which are actually the monsters you use in battles. You use the same cards to improve the stats of your existing ones, to evolve maxed out cards and to sell them for more currency to… buy more cards!

And then there’s the combat part of the game, which is really interesting. Using the Coin Dozer formula, you have to drop coins into play and have them drop in the spots of your cards – get enough coins there, and you will attack. Every monster you fight against has a number of coins attached, and if you release an equal number of coins, they will attack. The counter then resets and you can drop the same amount of coins before its next attack. Might not sound so, but it’s actually extremely interesting and the games become very strategic.

And I say that because there are multiple classes of monsters, and using a mechanism similar to the rock – paper – scissors formula, each is strong against another, but weak against the third. You only have limited monster slots in your inventory, and you have to choose wisely when it comes to setting up your team. Oh, did I say that there are over 700 cards in the game? Yup… these are things that really complicate the entire Dragon Coins game and turn it into a really delightful title.

Now let’s get to something that tends to upset all gamers: the IAPs. Being a freemium game, Dragon Coins seems like a game that tries to make you purchase some premium currency so that you can get that super rare monster faster. However, you don’t really have to and there are lots of ways to earn enough premium currency to just be satisfied with your cards: play daily and get more and better bonuses. So I can honestly say that I am 100% satisfied with SEGA’s approach to the IAP thing. Being a cheapo, I didn’t spend a cent and I’m still playing the game and having fun.

Additionally, if you decide to start playing the game, you might want to check out some of our previous coverage, with guides and tips to get ahead faster: