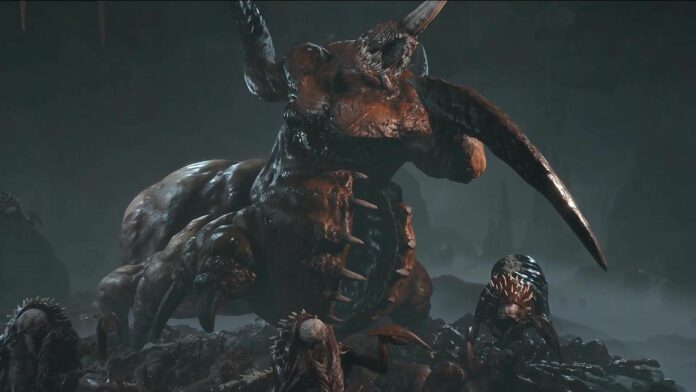 There are many powerful enemies to take down in Diablo II Resurrected, but none of them are as strong as the huge bosses you will have to fight at the end of each Act. These bosses pack quite a punch, so knowing what they are capable of is extremely important to make it out of these fights alive.

Here’s everything you need to know about Duriel and how to defeat him with ease.

Duriel, the Lord of Pain, is the brother of Andariel and the final boss of Act 2. You will fight it in the Tal Rasha’s Tomb and you will have to defeat it to move on to Act 3.

Just like for stats, Weaknesses and Resistances change depending on the difficulty.

How to Defeat Duriel

Despite him being the second boss in Diablo II Resurrected, Duriel is one of the most difficult to defeat due to the variety of attacks it can unleash, which include powerful slashing attacks, a charged move that can stun players, and the ability to freeze players on contact. The latter makes it extremely important to bring Cold resistant gear.

Given Duriel’s resistances, Fire, Cold, Lightning, and Poison abilities work decently enough, Cold abilities most of all as they will also slow Duriel down, which is quite important to avoid his attacks. For the rest, it’s better to fight from a long distance if possible, as Duriel’s short-range attacks deal a lot of damage. If you’re using a Paladin, your life is probably going to be a little easier thanks to the class’ healing abilities, but Assassins also work well as they can avoid melee attacks more often than other classes.

Do not be discouraged if you cannot take down Duriel on your first few tries. This is a tricky boss, so you will need to refine your strategy by going against him multiple times in order to win.