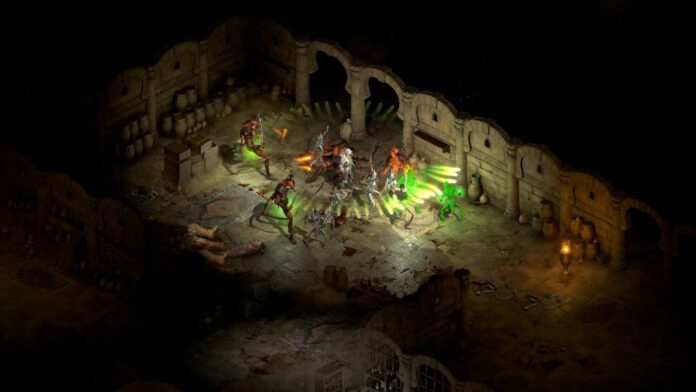 Diablo II Resurrected is among the most balanced games ever released, offering the right amount of challenge for newcomers while also offering an unforgiving experience for those who complete the main campaign, and haven’t had enough of monster slaying and loot collecting. Be careful, however, if you wish to put your skills to the test, as Diablo II Resurrected stops pulling any punches at higher difficulty settings.

Here’s everything you need to know about the three difficulty settings in Diablo II Resurrected.

Things start to get very serious in Nightmare mode, as enemies become stronger, strategies valid for Normal mode get nerfed and penalties for dying get much bigger.

In Nightmare mode, some of the areas become much larger, and you will have to fight additional enemies not encountered in Normal mode, like in Act 5. Enemies are also stronger, have more health, better defense, and elemental resistance. On the other hand, your character resistances, as well as those of mercenaries and summoned creatures are lowered by 40 points. Mercenaries and summoned creatures also deal way less damage to bosses. Health and Mana Drain properties get their efficacy slashed by half, and status effects like Chill and Freeze are also not as good as they are in Normal Mode.

One of the biggest changes in Nightmare mode is a new death penalty not found in Normal mode. If you die in Nightmare mode, you lose 5% of your current experience, and you are able to recover 75% of the lost points if you find your corpse.

Hell mode amps up all the changes introduced by Nightmare mode considerably, making for a very challenging mode. For example, the penalty for dying is 10% of the current experience, enemies become much stronger and resilient, gaining an additional elemental immunity, your own resistances are further lowered, mercenaries and summoned creatures deal pitiful damage to story bosses, Chill and Freeze are even less effective, and so are the Health and Mana Drain properties. Hell mode is truly the ultimate Diablo II Resurrected challenge, one that only the best players in the world will be able to conquer.