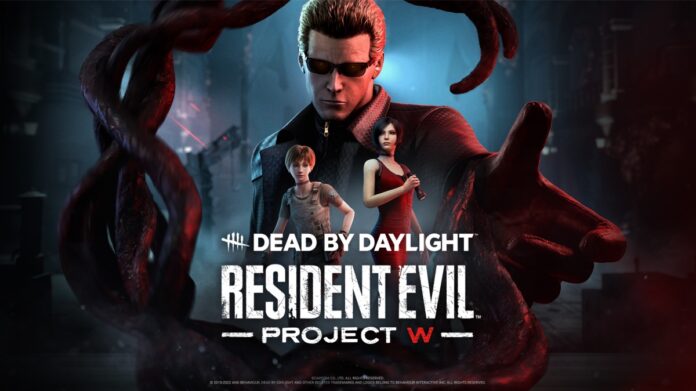 A new Dead By Daylight chapter is due for release along with a few reworks of existing visuals. Chapter 25 is the second Resident Evil crossover, the first introducing Nemesis, Leon S. Kennedy/Chris Redfield and Jill Valentine/Claire Redfield to Dead By Daylight, arrived with Chapter 20. This newest chapter is bringing a new Killer, Albert Wesker (The Mastermind), and 2 new survivors Ada Wong and Rebecca Chambers. Find out below all about the Dead By Daylight Chapter 25 reworked visuals and perks leaked.

Dead By Daylight’s Chapter 25: Project W introduces new Killer The Mastermind, also known as Albert Wesker. Wesker is a ruthless genius who has been infused with the power of the RNA virus Uroboros, which gives him superhuman powers that he uses to bound towards Survivors, leaping over obstacles, and infect them with the virus.

Related: When Does Wesker Release in Dead By Daylight

The Mastermind’s perks are Superior Anatomy, Awakened Awareness, and Terminus.

Ada Wong, the first new Survivor, is a Chinese-American secret agent whose perks, Wiretap, Reactive Healing, and Low Profile will be based on her espionage and enigmatic personality:

Related: All Attack on Titan Costumes for Dead By Daylight Revealed

Rebecca Chambers is our final new Survivor. She is a former child prodigy and now a gifted medic. Her perks, Better Than New, Reassurance, and Hyperfocus reflect her smart and soothing character:

DBD Leaks on Twitter has also posted about further visual updates such as Claire Redfield and Jill Valentine. Check out the updated images below, and see the original tweet for more details!

That is all we know so far about the upcoming Chapter 25 of Dead By Daylight! The new chapter will be out in September 2022. Until then, come back to Touch Tap Play for the latest news.