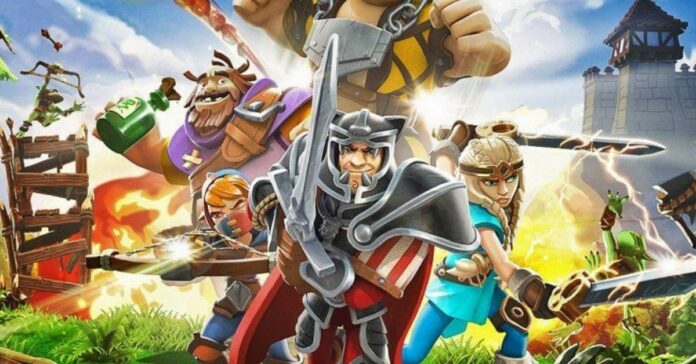 There are 3 game modes in Darkfire Heroes. The campaign is considered the largest and most important. It is divided into several dozen chapters and has 3 difficulty levels. Here we have a strategy guide on how to deal with it.

The second mode in a row is Elemental Dungeons. There you will collect a special essence that will help you level the secondary skills of the heroes.

The third mode is the Darkfire Heroes Arena. Most players prefer to spend their free time here.

In the Arena, you can measure your strength with other players to get a chest with valuables. However, battles with real opponents are not easier and faster than with large dungeon bosses or hordes of monsters from the campaign. You need to prepare for the battles in the Arena as good as for all other game modes! In this guide, we will give you several tips and cheats to win the arena in Darkfire Heroes.

To win this mode, you need to destroy the enemy’s castle, guarded by the opponent’s heroes and the tower. This tower is located approximately in the middle of the map and deals a lot of damage to heroes. Also, on the way to the enemy castle, enemy minions will fight you.

In this Arena mode, you also have to destroy fortifications, but at the same time, you do not need to engage in direct fights with enemy fighters.

In Hero Race, the map is divided into 2 lanes: one for you and the other for your opponent. The players’ task is to destroy the tower located at the other end of the level faster than the opponent.

Adhere to the following tips to increase your chances of winning the Race of Heroes:

This is everything you need to know to win Arena in Darkfire Heroes. While you are here, take a look at our tier list of all heroes of this game.