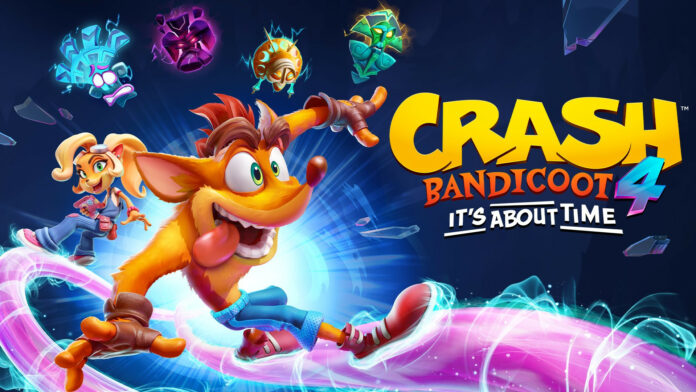 Crash Bandicoot 4: It’s About Time, the fourth entry in the series, is about to spin its way onto the Nintendo Switch a few months after its original release on PlayStation 4 and Xbox One.

The platform game developed by Toys for Bob will be released worldwide on March 12 for the price of $39.99. The Switch version will run at 1080p resolution in docked mode, 720p docked and 30 frames per second in both modes, as confirmed by Creative Producer Lou Studdert in an interview with Push Square.

A new trailer has also been released to mark the announcement, and you can take a look at it below.

Crash Bandicoot 4: It’s About Time released last year on PlayStation 4 and Xbox One and it is one of the best platform games released in the past few years, thanks to a gameplay experience that takes what made the first three entries great and brings it a new height thanks to new gameplay mechanics like the Quantum Masks.