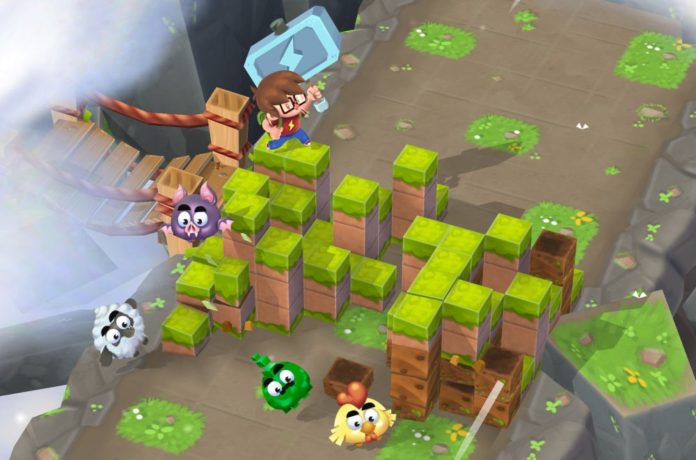 Craft Away! – Idle Mining Game is a really cool idle / endless swiping game from Futureplay, the same studio behind hits like Build Away or Farm Away! But today it’s time to Craft and we have some Craft Away cheats and tips to share with you.

This is an awesome game that requires a lot of dedication, patience and grinding, but it looks insanely good and has enough features to make you come back over and over again. Now let’s make that experience as pleasant as possible with some Craft Away tips and tricks that you can check out below!

Upgrade to get the perks
You can upgrade your main character and helpers constantly in order to increase the damage they deal. But they unlock specific perks at various levels (10, 20, 50, 100 and so on) and that’s what you should focus on: getting those perks because the bonuses are amazing!

This means that you should always upgrade the characters based on the money you have. Get them all just one step behind the perk level, then wait until you have enough resources for unlocking the first perk. Rinse and repeat and unlock all perks one after the other, waiting before upgrading your characters even further.

The only moment when you should actually invest in leveling up a character even if you haven’t unlocked a perk is before leaving the game: you want them to deal as much damage as possible in order to collect as many resources as possible.

Keep on swiping!
Although you can leave the game on and let your companions do the damage, you get a lot more resources if you’re part of the action too. So keep on swiping in order to deal even more damage and progress through the levels ASAP.

I usually stop playing as soon as I reach a boss level that I can’t defeat: turn off the game then and return after a while to upgrade your characters and try once more!

Keep the hammer on
The hammer is one of the most important boosts in the game because it gives double damage for a limited amount of time. It is true, you have to watch an ad in order to activate it, but it’s totally worth it so make sure that you have it activated always when you’re online and swiping – especially during boss battles!

Upgrade the boosts
As you progress through the levels, you unlock more boosts. These can be upgraded from the shop, if you have enough diamonds. You can also upgrade them from their menu as well – each upgrade offering different rewards.

Since they are extremely expensive, if you want to spend your hard earned gems on these, you should choose the one that’s most useful for you. Here are some examples:

For the Hammer: you can upgrade its duration from the activation menu (for 250 gems), or you can get a damage multiplier from the shop for the same amount. I personally think that dealing more damage over 5 minutes is better than less damage over 10 minutes – unless you really spend a lot of time in the game swiping, which you will eventually do less and less of.

For the Drill: you can upgrade it from its menu, only by watching ads. The more ads you watch, the more rewards you get when the time runs out. But it also takes more time until the rewards are unlocked. Definitely go for at least the first 3-4 unlocks, especially during the evening, so that the drill works its magic when you sleep.

Use the items on the map to your advantage
As you play and swipe you will come across various items such as the TNT boxes that randomly appear on the map. Swipe over them until they are activated because they will deal a ton of damage when they go off. It’s always a good idea to focus on them if you have them in a stage in order to maximize the damage dealt.

Connect with Facebook
Connecting your game to your Facebook account not only allows you to share gifts with friends, but you also get an awesome one-time reward of 200 gems and 4 hours of double damage. This is a really useful thing, even if you don’t have friends who play the game and who might help you even more.

Crafting tips: coming soon
Once you reach level 70 in the game, you unlock crafting with all the resources you have collected until getting there. We haven’t reached level 70 yet, but we’re very close. This article will be updated with Crafting tips and a complete guide to that feature once we get there, so make sure to check back soon.

These would be, for now our tips and tricks for Craft Away! – Idle Mining Game. If you have other strategies that help improve our game, don’t hesitate to share them with us in the comment section below!