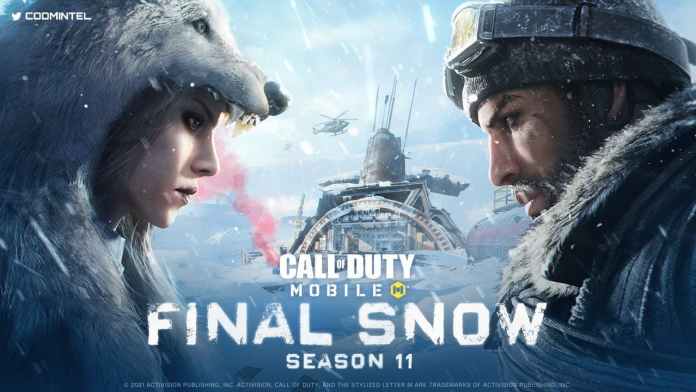 Call of Duty: Mobile Season 11 Final Snow has been officially announced, and it’s set to bring some of the most exciting additions ever, including a shiny new battle pass.

Similar to the previous seasons, COD Mobile Season 11 Battle Pass will feature 50 tiers for both free and premium variants. When it comes to rewards, players will be getting two new weapons, a new operator skill, new weapon blueprints, and more. Inarguably, the fans are eagerly waiting for the upcoming season, so without any further ado, here’s everything you need to know about the next COD Mobile battle pass.

What is the COD Mobile Season 11 Battle Pass Release Date?

All Free and Premium Rewards

Purchase the Battle Pass for the chance to earn all of the content available in the Final Snow stream.

As of writing, Activision hasn’t revealed the trailer of COD Mobile Season 11 Battle Pass. However, we have a short teaser that uncovers the official badging of the upcoming season.