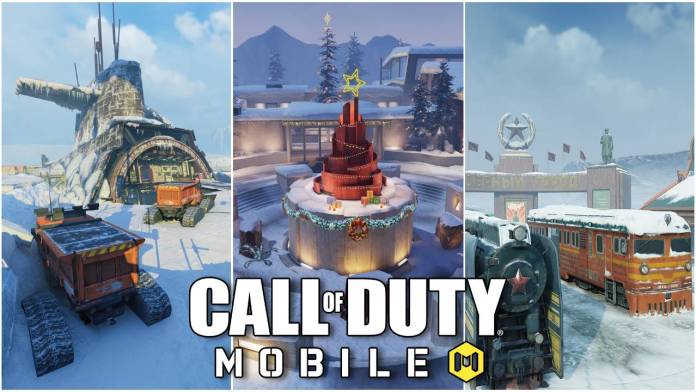 Call of Duty: Mobile Season 11 ‘Final Snow’ is right around the corner and the developers have revealed everything coming so far with the next patch.

Starting from December 16, these maps would be made available under the multiplayer mode and here are the complete details for each map.

The wintertime of the year season is going full speed ahead, as three snowy Multiplayer maps join the turn in Season 11, including the new Icebreaker map and the arrival of Holiday Raid and Nuketown Russia.

Initially seen in Call of Duty Black Ops 4, Icebreaker revolves around a tragically missing atomic submarine abandoned in the Arctic. Intense it out in the cold quality of this medium-sized guide, or take a shot on the sub’s frosty decks where battle results at each go. When the battle gets chaotic, jump into the water to make a diversion and flank the opponents.

No holiday is complete without the arrival of Holiday Raid. Tread the estate’s snowy grounds and bask in the spirit of giving as you pummel your enemies to the ground.

Here are all the details of the COD Mobile Season 11 update.

COD Mobile Season 11: All New Maps Coming With Next Update