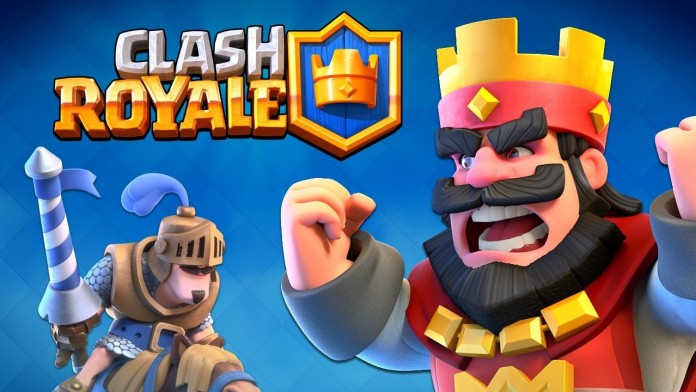 Supercell have done it again! After a soft launch that seemed endless, Clash Royale – a new game from Clash of Clans creators – has been launched worldwide and is taking the world by storm, as expected. The game brings an unique blend of RPG, Strategy and Card Battler concepts, resulting in a surprisingly fun and fast paced experience like you’ve never played before.

It was certainly a risk on Supercell’s side to go explore completely uncharted waters, but I personally believe that it was a smart move and their risk paid off: Clash Royale is a joy of a game, Clash Royale is THE game right now (and probably for a long time in the future)

I didn’t play the game during its soft launch stage because I wanted to experience the complete thing when it’s launched, but I still watched endless “let’s play” type of videos because I was curious to see how the game was. The final result is very similar to what I saw during the soft launch stage, but it looks so polished and balanced and perfect that it’s almost difficult to believe.

In Clash Royale, you collect and level up cards that you use to create a perfect deck, which you take out to test against other game players in real time. The battles are quick (3 minutes per battle, with extra 60 seconds to decide the winner if the score is tied) and extremely intense, with different strategies working flawlessly – and this is exactly what makes a game great: there’s no “one deck to rule them all,” there’s no extremely overpowered card that you must have and use in order to win. No, the game is balanced and different cards and card combinations used at the right time can give you victory. That’s real value we’re talking about! 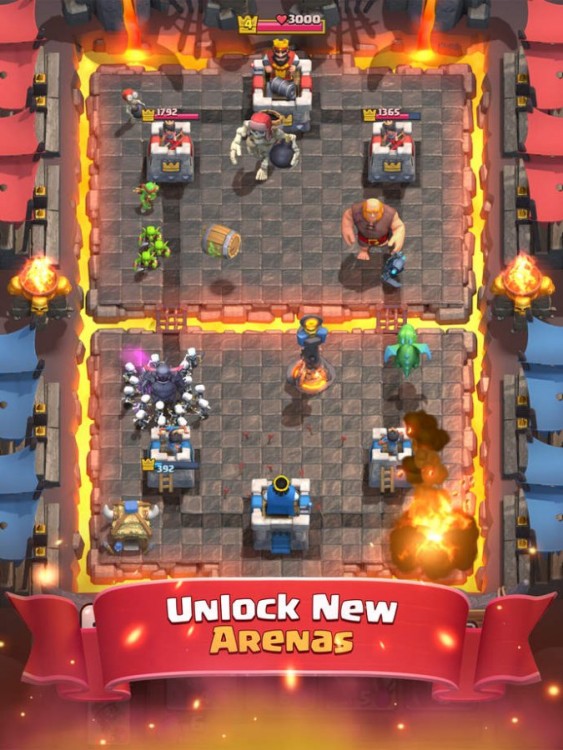 Unlike regular card battlers, the twist from Supercell’s game comes from the battles themselves: they’re not static. The cards that you deploy turn into troops (or spells or buildings) that rush and attack other troops on the battlefield or one of the three towers of the enemy. You win the game if you manage to destroy the King’s tower, the central tower and you get 1 to 3 crowns based on the number of towers you manage to destroy by the end. However, there are two different routes that your troops can take – attack the left or the right flank – and that’s where even more strategic options are presented: what are you going to do? Defend a flank and attack on the other, or focus everything you’ve got on a single flank?

And as if these were not offering enough reasons to have a complex game, Elixir comes into play as well. This is basically the “energy” cost for deploying your cards, and it replenishes slowly during the battle, challenging you to decide if you’re going to wait for the bar to fill so that you can deploy your very expensive card or you spam the battlefield with low value cards, trying to overwhelm your opponent with sheer numbers.

Even though simple in concept – it takes just a couple of battles to understand how everything works – Clash Royale is incredibly complex and a game that offers a lot of depth. Also, despite its apparent simplicity, it is extremely intense and fun. You will literally feel the adrenaline filling your body as you play this gem of a game. And if you want to get some tips and tricks to help you in battle, don’t hesitate to visit the recently launched fansite Clash Royale Fans for strategies, tips, guides and more. 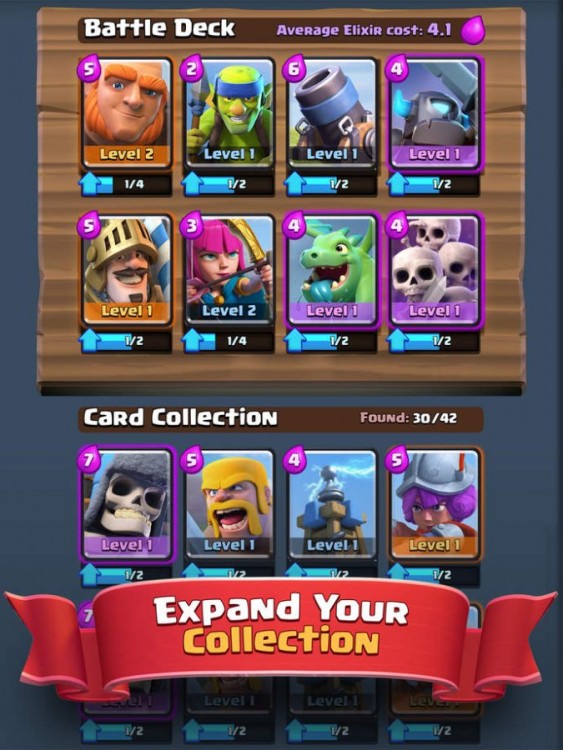 The “freemium” aspect is also smartly implemented and you will never feel forced to spend money in order to keep playing: if you are patient enough, you will be able to play the game without spending a single dollar. However, you get new cards for your deck (or to upgrade existing ones) mostly by opening chests, and these chests require time before you can open them. Of course, you can rush the process by paying with premium currency, but again you’re not paying to play, you’re not paying to win: you’re just paying to get there faster and you are never forced to do so. It’s a brilliant approach, one that keeps both the paying and non-paying players extremely happy.

All in all, Clash Royale is everything a game that you can play on the go should be: it’s simple enough that you don’t have to spend days learning to play it, but it’s also complex that you will spend months honing your skills – or if you want to, you can just play it casually whenever you feel like and you’ll still get the same amount of fun. An unique mixture of everything that we love a bit of games, sprinkled on top with some SuperCell goodness, Clash Royale is a must play this year – and for the years to come!

You can download the game on the App Store here for free.