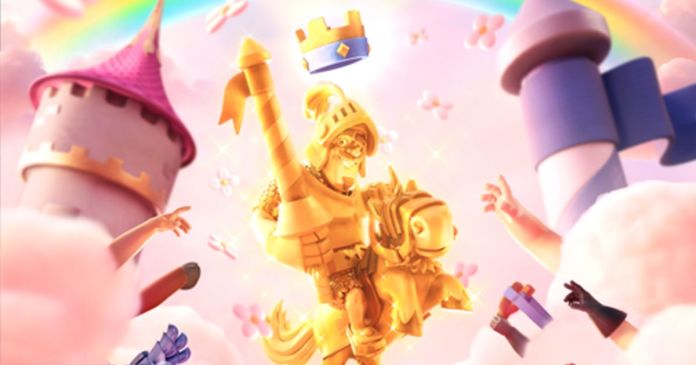 Clash Royale is Supercell’s ever-popular mobile game that still goes strong after all these years. A PvP experience like no other, one that is both fun and extremely addictive, Clash Royale mixes strategy gameplay with collectible card games and the result is absolutely impressive.

But you already know that if you’ve played the game and you want something else: maybe some Clash Royale tips and cheats that will help you win your battles and get the best deck possible. And that’s exactly what I am going to share with you here!

These Clash Royale tips and tricks are mostly aimed at beginner players, but it will surely not hurt if advanced players read them as well – maybe there’s something that will help them improve their game even more.

We have a lot more content coming for this amazing game, but until then let’s check out below Touch Tap Play’s Clash Royale guide to play better.

1. Wait for that first attack

Unless you really have a super card to open up with, it’s usually a better idea to wait before making your first attack. Wait to see what card your opponent plays, so you can use a counterattack card and deal with the situation easier.

This doesn’t always work, but it’s worth being a bit patient in most cases. Don’t delay this too long though, there’s no need to waste time.

If your opponent also plays the waiting game, launch a massive attack or try to lure them in – place a unit (weaker one) on one side and your perfect starter on the other, after they counter your weak play. This usually works and surprises the enemy!

2. Don’t be afraid to defend

Defense is extremely important in the game and it managed to win me a lot of battles. So focus on the defense – or better said, make sure that you are always having your towers covered.

Place your troops smartly to take out the enemy. Always consider the elixir count when deploying troops and try to have the upper hand in battle: most enemies rush with high value cards that you will take out easier in defense with the help of your towers.

If you manage to survive this quick wave, then you have more elixir and better chances to counter and actually destroy your enemy. So be smart and play your cards right in defense to win more battles!

There’s a lot of strategy involved in this game and by watching replays on TV Royale, you can learn a lot of important things and put them to good use in order to win more games.

It’s always worth watching the best players… play the game and you will have better chances to become one.

4. Find the cards that work for you

There will always be some cards in Clash Royale that will be considered overpowered and Supercell will always nerf them when they get the chance.

Watch your opponents play and learn from their mistakes or good moves, try cards and different strategies and keep on using those that work for you. If Skeleton Armies give you wins – go for it! If the Witch still works for you, combine it with that Goblin Hut and rule the battle.

See what works for you and keep doing it! We had a great deal of success returning to the game after a long break and won a massive streak with our original starting deck, the one we have before many of the latest updates.

5. Upgrade your cards when you know what they do

There’s an awful lot of cards available in the game and you won’t have the resources to max them out – nor the reason to since you will only use 8 in battle.

I will soon write an article about the best cards in my opinion (although these change since Supercell changes their stats constantly them constantly) but until then a good rule of thumb is to wait a little bit before deciding on the route to follow and the cards you have to upgrade.

Resources spent on upgrading a card you will no longer use later in the game won’t be recovered, so it’s best to make an educated choice and only focus on upgrading cards you love and you know you’ll use later on as well.

Sure, if you are just starting up, you will have to upgrade some cards in order to remain competitive, but don’t overdo it! Only upgrade the cards that really work and work well.

6. It’s easier to win in overtime

When the 60 seconds of overtime begin, the one who destroys the first tower wins. This means that, if it seems that you’re moving towards a draw, it’s best to plan your moves to actually be the first to destroy a tower or just the next one.

Big damage cards work best here – like the Rocket – so make sure you hold onto them and use them at the right time to turn things around and grab that win!

7. Tips for building the perfect deck

Building a good deck requires time and dedication, but I am sure you have that! Even so, you will have different cards and you will have to make the best out of what you’re given.

However, there are some strategies that work better than others and some common cards that are definitely worth keeping for the long run.

Here are some tips for building a perfect deck in Clash Royale, no matter what cards you have and for how long you’ve been playing:

– Mix and match. Some card combinations work great (like a massive tank with a swarm behind them) and you have to try them out.

Test and then decide upon your deck – and don’t forget to keep commons as well as rarer cards to keep things balanced and prices in check. You don’t need too expensive cards so that you end up waiting for mana to refill while your opponent blasts your towers away.

– Some of the best cards at the moment, in my opinion, that won’t hurt having in most decks, especially in the beginner/intermediate phases are the Witch or Musketeer (great for taking out enemies), a tank (even the Mini PEKKA) and the Dragon.

In other words, it’s a good idea to always have a tank (big health, absorbs a ton of damage), ranged units and a quick spell to fix skeleton armies and other hordes of invaders.

That’s all for now, but we’re working on a more in-depth article about deck building that is up to date with the latest releases.

8. Spam buildings to save your tower

One interesting strategy in order to save your tower in overtime is to start spawning buildings around it – the more the better, as they will take enemies off the patch and keep you safe.

There are unfair situations when you manage to destroy a tower and the enemy won’t destroy any of yours, but it’s left with just a bit of health.

It will be a lot easier for them to win, so try to keep it safe with buildings – and hope they don’t have a rocket!

9. Keep working on those chests!

You should constantly work on opening chests: as soon as you open one, start unlocking another. Optimize your play time in such a way that you can return to the game once an unlock is done so you can work on the other.

If you don’t want to risk losing your Trophies or want to play in a more casual way – maybe testing out a deck or just having fun, the Party Mode is what you need to play.

There are actually various options that you have there, including a nice 2vs2 battle that takes the game to a whole new level. There are still tons of rewards to be won this way, so it’s definitely not a joke of a game mode, but a perfect way to improve your own skills.

11. Get the Pass Royale if you can afford it

If you want to progress faster in the game and have a lot of major advantages, you have to pay a bit of real life money. And a great investment is the Pass Royale, one that rewards active players greatly.

As an in-game season unfolds and as time goes by, new Tiers are unlocked and rewards are to be won. You will still get a nice set of rewards even without the Pass Royale, but with it active you get better rewards.

Plus, with a pass royale purchased, you will have all sorts of other benefits, including a very useful queue chest unlock feature and unlimited entries for the Special Challenges.

In other words, if you’re serious about the game, you should definitely get it!

There are all sorts of Special Challenges taking place in Clash Royale, rewarding you with various goodies.

You must meet specific requirements (and having the Pass Royale recommended above certainly helps), but fortunately the developers tell you in advance what events are coming and what their requirements are, so you can prepare for them.

Make sure that you do prepare and are able to take part in these Special Challenges as there are lots of benefits to be earned!

Speaking of benefits, one of the best way to progress through the game and create a really solid deck is to join a strong, active clan.

Not only that you get access to the Clan Wars if the clan itself is strong enough, but you can request cards from your fellow clan members. Make sure to donate as well, in order to keep things balanced and you’ll soon have a stronger deck than most!

14. Keep an eye on the market for useful cards

While I don’t think you will really be able to ever say that you have too many coins in the game, especially with all those extremely expensive upgrades, it still doesn’t hurt to check the in-game shop every now and then.

There, you will see the daily deals, which are various cards that you can purchase for regular currency. They are not cheap and the quantities available are limited, but if you really have money to spare and a solid need for a card or two, that could prove helpful – especially in the later stages of the game.

Usually, it makes more sense here, price-wise, to purchase the rarest available cards, but it all depends on what’s offered in the store and what you need to upgrade.

This game is indeed brutal and especially later on, when the time starts getting closer and closer to zero, the pace and pressure increase dramatically.

Don’t panic during this time: keep your mind clear and remain level-headed, otherwise you risk losing. Constantly assess the situation and try to take advantage of whatever bonuses you have and you can win.

If you give in to the instinct to just play cards randomly or if you panic, you won’t make the best decisions and as a result you will risk losing right before the end.

This is it for now in terms of tips and tricks for Clash Royale – but make sure to check back soon for even more articles to help you get better.