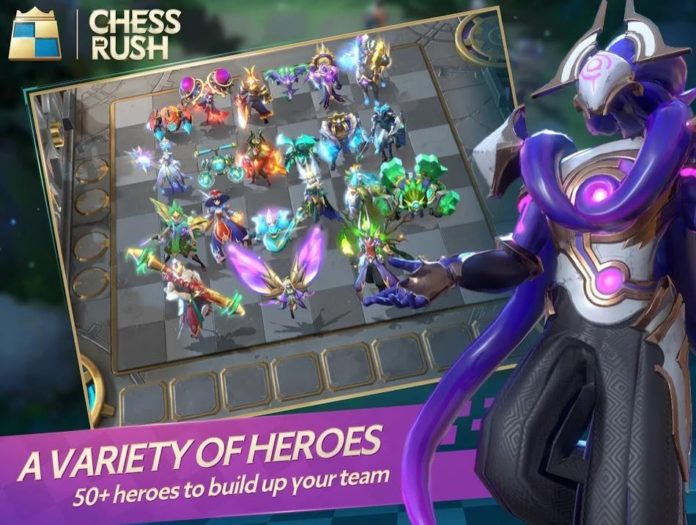 In today’s article I am going to share with you a list of the best heroes in Chess Rush, and tell you some of the best combos that I consider good for myself – and if you try them out and like them, for yourself as well!

If you are not completely sure how you can start off in the game, which heroes to pick and how to better deal with the combos from the very start, let me give you a few pointers to help you out:

– First, you will be starting with two heroes.

– By the second wave you will be able to have a third hero.

– Until you start PvP you can deploy 4 heroes

– You can purchase +5 Exp with 5 Mana Crystals.

– There is a maximum of 10 heroes that you can deploy total (have at the same time on the field).

– When you first start you will see mostly Common heroes, and at most a couple of Uncommon.

Right when you are starting I think that the best heroes that you can get are some of the ones which can give you some pretty decent boosts, from the very early stages, therefore I consider these ones the best:

Since you can begin by having two heroes, I definitely suggest that you should be looking at either making the combo with two Furries (which gives a shield to all Furries) or with two Beasts (which boosts the attack damage of all allies).

These are some of the best ones in the early game in my opinion, because they are easy to get and they are extremely useful – not only against enemy players (in the PvP mode), but also in the PvE mode where you are fighting various monsters which drop items.

There are quite a few decent combos in the game, and since you can have a maximum of 10 characters, here are some of the combos and heroes that I consider the best.

Even if that happens, you can start with some of the heroes that we mentioned here in the previous paragraph and you can sell them – once you sell them you can get back the Mana Crystals that you used to buy them, and that way you will never be at a loss, really.

So basically having 4 Furries in a team of 10, will feel like you will have 14 heroes because of their 2800 shield, which is pretty annoying to deal with to be honest.

Best Furries: Starhorn, Wukong (best two), Firefur, Bangar (Wukong can be swapped with Bangar if it fits the team better for the taunt he provides).

Now you can of course swap out any of them with Totemface, who is a great starting hero. He is good because he can deem an enemy useless for a little while, so that can be a pretty useful asset.

This is not much of a big deal – the whole combo is 1 Demon! If you manage to find a decent Demon, make sure you add them to your team, because that can be a really, really good starting – mid – end game asset.

Basically by having a single Demon, it will gain 40% increased attack damage, as well as cause the enemy target to take increased damage for a little while. This will be good, since it can shred through even the tankiest of enemies.

Best Demons – pick one: The Executioner, Nether Prince, The Devourer (but you need to be careful with his Punisher class)

Now this combo doesn’t really affect your team at all, but rather the enemy’s. By having two Void heroes, you will curse a random enemy with a 50% HP deficit. This means that from the very beginning of the battle, a random enemy will start the fight with 50% HP straight up.

This curse can get either super lucky, by cursing the highest damage dealer and deeming it pretty much half-dead, by cursing a tank, which will save your time dealing with it and help you take it down faster, or by cursing a random, pretty useless enemy. It’s all random, but it’s a good combo nonetheless!

**it is pretty difficult to obtain this combo, since it requires a Legendary hero – but it’s worth it.

The Warrior combo is a great one if you want to make up a powerful front line to tank up the enemies for you. Since you can get some pretty good bonuses with the Warrior class and combining them with Furries or Goblins for example, they will not only be super tanky, but also deal quite a significant amount of damage.

The Assassins can be some super powerful damage dealers, but at the same time extremely, extremely squishy! That means that for as much damage that they do, they will take just as much.

Their combo will allow them to become invisible, leaving the enemy unable to target them. This can be super good if you have a team which can lure the enemy front line, so that the Assassins can sneak up to the back line and shred them!

The Assassins’ combo will require three Assassins to grant all Assassins invisibility at the beginning of the battle, and a boost in the first attack by 250%. All of their attacks also have a 10% chance to turn them back invisible.

By having six Assassins as a combo, the only thing that will change is the fact that they get an extra 50% chance to make them invisible by attacking (a total of 60% chance).

Now I am not sure if going for the second bonus is all that great – well, it is – but what I mean is that the team might already be so strong already that you will be able to kill the enemy without needing that 60% chance to turn back invisible.

Best Assassins: Venom, Horned Menace, Siren (the main three which I think are the best – you can swap Siren with Stinger or Sword Dancer), Sword Dancer, Stinger, Lilith (mostly just a filler hero)

This combo is a pretty simple and useful one. You won’t really be needing the second combo necessarily, but it’s good if you can get it – however, don’t go out of your way to achieve it!

The Warlock combo activates at two Warlocks, and it increases life steal by 15%, and makes all excess healing become a shield. This can also activate at four Warlocks, and the life steal increases from 15% to 25%. This effect applies to all allies, so it’s a good asset – even if you only go for the first bonus.

Best Warlocks: Nebula <Void Doom> (Legendary hero, so it might be a little difficult to obtain), Misfortune (good skill, however you might not have many Undeads – if that’s the case, pick another), Nether Prince, Voodoo Elder

These would be, in my opinion, the best heroes in Chess Rush and best combos in Chess Rush! Of course, there is also the Punisher combo which is a little bit tough to master, since it can work against you at the beginning, and also the Druid combo, which allows you to combine two instead of three Druids for upgrades.

I don’t consider these the best, and since there are others which can be obtained much easier, I suggest that you definitely go for them! Now there is one last combo that I want to talk about – the Jelly combo!

Don’t forget to take a look at our heroes list, and also the complete combos list! And if you want to learn more about the game, make sure you check out our game guide to get better at this great auto chess game! 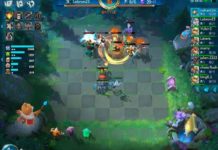 Chess Rush: All Heroes in the Game 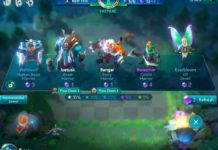 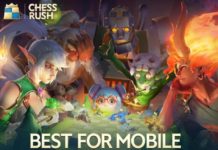