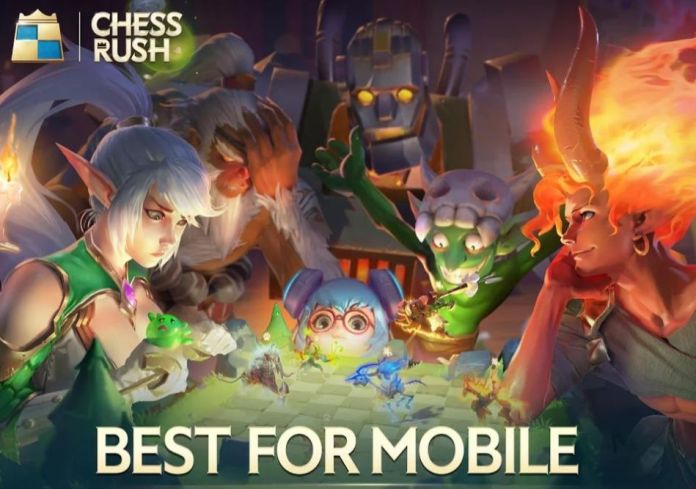 In today’s article we are going to cover all the Chess Rush tips and cheats that we know, and share with you a whole lot of game mechanics to help you better understand the game and get better at it.

Since the game follows the auto chess mechanics, you are going to have to make a strategy in mind, because there are a ton of things to take into consideration when you are being matched against some opponent. Also, since you are playing against other players in real time, you will have to keep an eye on the game.

It won’t work if you are just AFK and let the game take over! So, if you are ready to learn all of our game strategies that we know so far, then let’s not waste another second and dive right into the Chess Rush tips and tricks right here below!

At the bottom of it all are the game’s basic mechanics. You will need to learn these in order to get better at it, and to understand how all the tactics we will explain work. I will have to admit – since I am quite a big fan of this type of games, I will also share my personal opinion on some of these things, solely from what I’ve experienced so far.

So whether you know about LoL’s newly released Teamfight Tactics or you are a veteran in this type of games, they basically follow the same basic rules. here they are – try to remember them:

– 3 stars is the maximum your heroes can reach.

– Whenever you star up a hero, it will gain extra HP and get increased damage.

– You can only have as many spare heroes as you have available slots on your side (next to the Scroll).

– After each match you will gain Mana Crystals which you can use to either buy heroes or increase your deployed heroes’ number.

Now these would be the very basic things that you should remember about the game. I’m pretty sure you might already know a few of them, but if you didn’t, then here is your list, so try to remember them!

When you don’t need a hero anymore, sell it!

If you don’t need a certain hero anymore (this usually applies to the very early heroes) you can sell them and gain the Mana Crystals that you spent back. You can sell the unwanted heroes by tapping and dragging them onto the scroll to the right (same place where you buy them).

By doing this you not only increase the available hero slots on your board, but you also gain the Mana Crystals back which you can then save up or use to buy more heroes or level up.

When you pair up heroes from various factions or classes you will gain extra stats. These will be shown in the top left side of the screen while you are in battle mode, and whenever you are in the shop interface you will be able to see how many of each you own at that moment, but also if you can upgrade them (will be shown as “2-Star Achieved”).

The heroes will have various rarities, and they each increase the more you level up and gather more heroes. So you won’t be getting any orange heroes (Legendary) in the first levels, but rather later on.

You should read the combos you get by tapping on the top left side of the screen on the icons which show this, depending on which heroes you currently have on your team.

There are endless formations that you can form, and they greatly influence how your team will deal with the opponent. There are a few shown in the game by heading onto the Banner -> Recommended Lineup -> Recommended Formation.

There you will see 5 formations that the game presents, but you are free to come up with your own. For example you can form a custom rectangle formation by placing your tanks in the front, the ranged squishy ones in the middle on the back line, and on the sides of the back line some other tanky units to deal with the assassins which hop on to the back line.

There are endless possibilities, and you can try out a ton of them!

Max the number of heroes on your team

The maximum number of heroes you can have at once is 10. You cannot have more than 10 heroes at once on your team, and in my opinion you should get this ASAP. It’s going to help you get to the end game quickly and you will have an edge over the opponents who have fewer heroes on their team.

Each level requires increasingly more XP, so make sure you save your Mana Crystals for this. I’ll tell you how to get more Mana Crystals below, but in the meantime know that it costs 5 Mana Crystals to add +5 XP.

There are a few ways that you can get Mana Crystals (the purple crystals which you use to level up and buy more heroes), and if you want to know how – look no further! I’ll tell you a little bit about what the game doesn’t mention:

– You get Mana Crystals every time you pass a stage (no matter win or lose).

– You can get Mana Crystals multiplier bonus (more about this below).

– You can get Mana Crystals back when you sell heroes.

– You can get Mana Crystals bonus for having a winning (possibly losing too – I haven’t had that yet) streak.

Basically, you see the number of MC (Mana Crystals) you currently have in the top right side of the screen written in white. Next to this, you will see with purple a “+X” number which shows you how many you get once you pass the current stage.

This number will increase the more MC you have, and not spend. For example you can get a ton of them bonus for free for simply not spending them all in the early game stages. Justt save up like 40 of them and everything that you have over, you can spend. That way you will gain +4 extra each time you pass a stage, added to the bonus MC you get from that stage PLUS the win/lose streak.

Since the position of your heroes matters a lot, if you place your tanks on the back line and damage dealers on the front, you will do more harm than good. You need to think about this well, since usually the tanks are melee heroes.

Basically one unit can be surrounded by 8 units maximum. This means that if you have units hitting from a range, they don’t need to be next to it to hit – but if you have a team of full melee heroes, you might reach a point when some of them cannot surround an enemy because there are not available slots – so they will just sit on the side and cheerlead pretty much.

This is a reason why I suggest that you always have some ranged units too, because they will never encounter this issue.

Complete your daily missions and tasks!

Every day you will have new tasks and missions to complete, and they will reward you with various stuff. You will mostly get Gold, which you can use to customize your board or character, but it costs quite a lot.

If you want to gain more Gold every day easier, make sure you complete all of your daily tasks, but also check out the Beginner Events, Events, Daily Login Rewards and so on. These are all useful especially when you are getting started and want to change the scenery a little (not seeing only your board 24/7, but also checking out the other features too).

You can train in the game by playing in the various game modes which you can see in the button right next to the “Play” button. There, you can see the “Classic Mode” selected by default and you can hop on there to switch and check out the others at any time.

These would be all of our Chess Rush tips and tricks that we have for you right now! Do you know some more useful tips that you would like to share with us, or maybe you have some questions? Leave them down in the comments section below!