Home Guides Candy Canes in COD Mobile: All you need to know

Call of Duty: Mobile Winter update is here, with a whole new Season 13 Battle Pass called Winter War. Apart from this, the developers have also introduced a bunch of new Featured and Seasonal events to distribute free in-game rewards to the players. If you haven’t downloaded the COD Mobile Season 13 update yet, click here to download it.

As mentioned earlier, Activision has also launched various new events to celebrate the Winter Festival. One such event is Sugar Rush that is available under the featured tab. In order to complete this event, players must collect Candy Canes in Battle Royale Isolated mode.

A lot of players seem to be confused with what Battle Royale Isolated means and how to collect Candy canes in COD Mobile.

How to collect Candy Canes in Battle Royale Isolated?

Players can also check the amount of Candy Canes they have collected so far via the counter located at the top of the screen.

After completing all the missions of Sugar Rush event, players will get the following rewards:

Related: How to get Season 13 Battle Pass in Call of Duty: Mobile 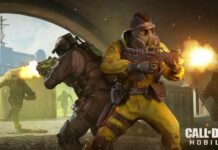 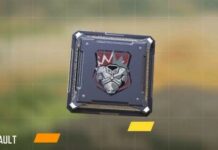