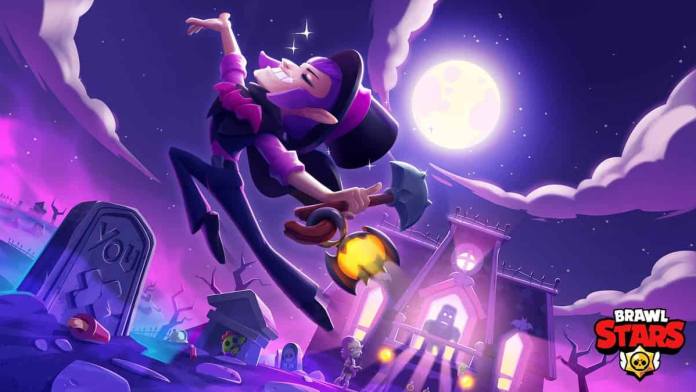 If you are wondering how to unlock Mortis in Brawl Stars or how to play this brawler, then you’ve come to the right place! Here in this article, we will discuss that and much more in detail.

A Cool Brawler in Brawl Stars

Mortis is a Mythic Brawler who uses movement as part of his attack. He dashes forward, inflicting damage on any enemies he comes into contact with. Mortis’ Super summons a swarm of bats that drain his enemies’ health while restoring his own by the same amount. Mortis’ health and damage output are both moderate.

Combo Spinner, his Gadget, allows him to spin quickly, dealing 1300 damage to all enemies in his vicinity. When he kills an enemy brawler, his first Star Power, Creepy Harvest, heals him for 1800 health. When his ammo is depleted, his second Star Power, Coiled Snake, allows him to charge a yellow bar, which increases his dash range by 75% when fully charged.

How to Unlock Mortis in Brawl Stars

Mortis is quite a cool brawler. If you want this brawler, try opening various Chests, aka Brawler Boxes, in the game. There are high chances you will get this brawer with ease from high-level Brawler boxes! So, what are you waiting for?

Some unique brawlers, such as Tick, Jessie, Bull, and Colt, can be unlocked or obtained for free by simply collecting more Trophies in the game. In the game, go to your Trophy Road page to see which Brawlers you can unlock and how many trophies you’ll need to collect them.

How to Play Mortis in Brawl Stars

Always keep a safe distance from brawlers with high DPS, such as Pam, Colt, and Rico, so they can’t hit their shots and aim at you. Dodge and juke as many shots as you can in matches. Also, know your numbers, remember your Mortis’ dash damage, and kill enemies accordingly.

Last but not least, players should always try to land their super on multiple units to stay on the map longer because it heals you faster!

Mortis’ quickness is one of his assets. Mortis can leap into action quickly while avoiding enemy attacks. He can also flee quickly if necessary by dashing away from the enemies. When playing against El Primo or another melee brawler, this is especially useful.

Mortis’ unique ability is another of his assets. The best part of healing Mortis while still dealing damage isn’t doing too much damage. When Mortis’ health is low, use his special to catch your enemies off guard and take them out while you still have hitpoints.

Mortis’ final strength is his health. He doesn’t have as much health as El Primo, but he can take a punch, ranking third in HP behind Shelly, Nita, Poco, and Bo. This, combined with his incredible speed, makes him a potentially lethal brawler.

While his primary attack, the quick dash, is unique, it lacks the punch you may be looking for. It only does 160 damage, which isn’t much when compared to the other brawlers’ attacks. This could be a flaw in his game, but his dash ability should compensate.

While Mortis’ main attack includes a quick dash, it comes at a cost. Mortis’ reload speed is one of the slowest in the game. He takes 3 seconds to reload each attack and 9 seconds to reload all three attacks, which is a full second slower than El Primo. It may not seem like much, but it can mean the difference between life and death in the heat of battle.

Mortis is particularly strong in game modes such as Lone Star (sneak, peak, and boom), Bounty (use a defensive strategy at first, then play aggressively), and Gem Grab (one of his best game modes). Surround the enemy team on both sides by sneaking into the opposite side of the map). Also, Showdown is considered one of the best game modes for him, but you should use a decent strategy in this mode.

Mortis’ performance in modes such as Brawl Ball (due to the ammo shoot update), Heist (avoid using him in Heist), Siege (not for Mortis fans, but give it a shot), and Takedown should be noted (again, avoid using him in this mode).

Mortis dashes forward, creating business opportunities for himself with a sharp swing of his shovel.

Mortis summons a swarm of vampire bats that drain his enemies’ health while restoring his own. Creepy!

Mortis is one of the game’s best brawlers, and his incredible speed makes him a threat in any game mode. We strongly advise you to use him if you have him or can get him.

We hope you found this guide helpful in your Mortis adventures. If you have any questions, please leave them in the comments section below. In the meantime, enjoy Mortis’ dominance on the battlefield.

That’s the basics in a nutshell. Tell us what you think of this robot brawler, and if you haven’t played it, what are you waiting for? It’s a decent but kinda slow brawler and easy to handle in the game. Go ahead and give it a try, and if you are finding trouble, don’t hesitate to fall back to this Brawl Stars Stu Guide for tips!

Brawl Stars Mortis Guide: How to Unlock and Play Mortis in Brawl Stars