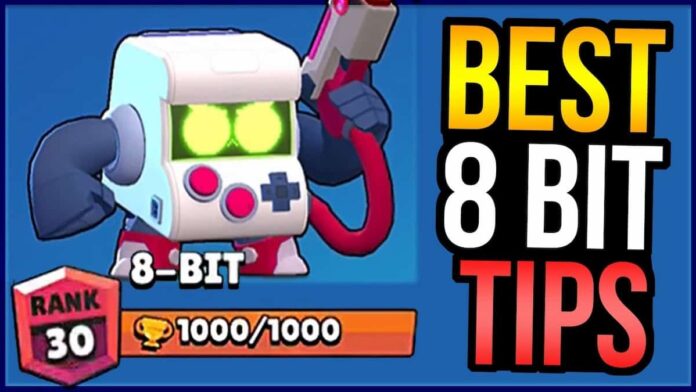 If you are wondering how to unlock 8-Bit in Brawl Stars or how to play this brawler, then you’ve come to the right place! Here in this article, we will discuss that and much more in detail.

A cute Robo in Brawl Stars

8-Bit is a lovely robo brawler. He has a lot of health and does a lot of damage, but he has the slowest movement speed of any Brawler. He attacks with laser beams that have a long range and causes a lot of damage: his Super summons a Damage Booster, which increases his and his allies’ damage within its radius. Cheat Cartridge, his first Gadget, instantly transports him to his Damage Booster.

How to Unlock 8-Bit in Brawl Stars

The brawler 8-Bit is the slowest of all the brawlers in the game. He is a Common Brawler who becomes available as a Trophy Road reward after collecting 6000 Trophies. If you’re new to the game, you’ll need to play matches and earn Trophies. And, as previously stated, when you reach 6,000 trophies, you will receive this brawler for free!

How to Play 8-Bit in Brawl Stars

Due to 8-BIT’s slow movement speed, it’s challenging to avoid projectiles fired by other sharpshooters such as Colt or throwers such as Barley. Therefore, it is recommended to deal damage behind cover or from afar, as the enemies will not hit him quickly. This can be compensated for with his Plugged In Star Power, or other speed boosts, as 8-BIT is more than capable of dealing with the fast and long-ranged Brawlers that he is prone to in Showdown.

Additionally, it can be extremely useful for controlling, retreating, and achieving a target in most 3v3 modes and special events. However, Boosted Booster is preferred in Robo Rumble, Boss Fight, and Super City Rampage, where speed is less advantageous.

8-BIT is undoubtedly vulnerable to fast Brawlers like Crow and Leon. Focus on defeating these Brawlers at a distance at the start of Showdown matches before they get closer and deal more damage.

Apart from his extremely slow movement speed, 8-BIT possesses all of the characteristics of a Brawler – high health and damage output, long-range, a reasonable reload speed, area control, and even some support abilities – and thus excels in the majority of game modes.

Due to his high damage output and area control capabilities, he is most viable in Heist, Gem Grab, Hot Zone, and Siege. While his slow movement speed limits his survivability in Bounty, Showdown, Knockout, Special Events, and speed-based events such as Brawl Ball, his high health, long-range, and high damage output compensate for this keeping him viable in these modes.

Placing your booster so that one side is behind a wall and a bush and the other is out in the open is an excellent trap to use, especially in Showdown. If an enemy Brawler tries to destroy your booster, you can use your Cheat Cartridge Gadget to rush in and quickly eliminate the enemy; if the enemy succeeds, the damage dealt will charge your Super back up, allowing you to repeat the trap.

If you’re fighting a Brawler with a moving ability (Edgar, El Primo, Crow, etc. ), take advantage of your long-range and aim your attack at them if they manage to escape with their ability. This puts them in a state of low health, if not outright defeat.

During the anger stages of Super City Rampage, 8-BIT’s damage booster can be used as a last-resort meatshield to avoid the monster, as the monster will attack any turrets and spawnable, including Jessie’s turret and Nita’s Bear. Because of his slow movement speed, 8-BIT cannot escape unless the monster is distracted.

When defending the Heist, place the turret near the Heist so that it can absorb some damage while also improving attack and holding time.

It fires a burst of Blaster Beams that constantly inflict damage on any opponent they strike. The beams are of a moderate range and have a slight spread.

Deploys a turret that increases all friendly Brawlers’ damage output within its area of effect.

8-BIT lumbers along on its legs like an arcade cabinet. He fires Blaster Beams, and his Super increases the damage done to allies! To compensate for his slow movement, 8-BIT has one of the most extended ranges in the game, so keep your distance from enemy Brawlers and out-range them, and if an enemy is chasing you, deal as much damage as you can from afar to force the enemy retreat.

Also, dodging shots is extremely difficult, especially in bounty due to many snipers and his slow movement. That’s why you should always try to hit your shot and then retreat or hide behind teammates or walls.

That’s the basics in a nutshell. Tell us what you think of this robot brawler, and if you haven’t played it, what are you waiting for? It’s a decent but relatively slow brawler and easy to handle in the game. Go ahead and give it a try, and if you are finding trouble, don’t hesitate to fall back to this Brawl Stars Stu Guide for tips! 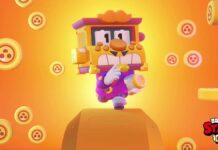 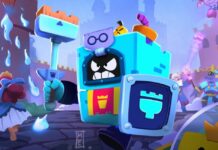 Brawl Stars Ash Guide: How to Unlock and Play Ash in Brawl Stars 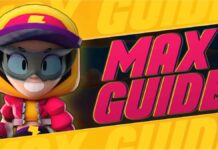