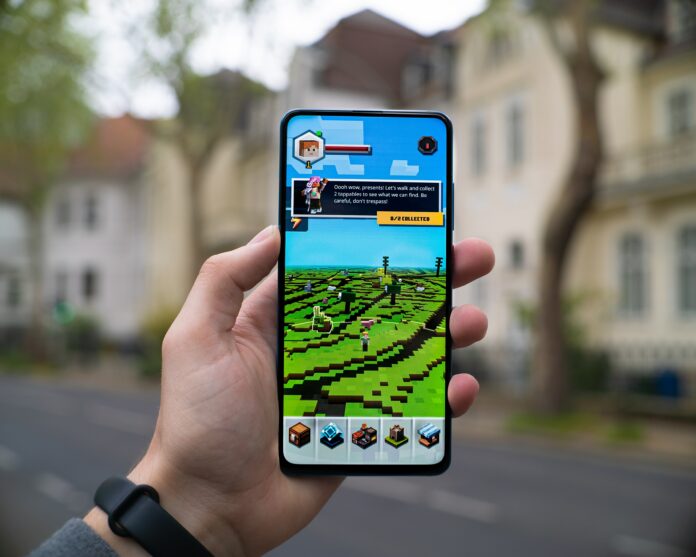 According to statistics, there are about 950,000 games in the App Store, and this figure is growing every year. The vast majority of them are free, but how to choose something worthwhile out of hundreds of thousands?

Here we come to the rescue. We tackled this issue and studied the ratings, as well as looked at the TOP games in various categories of the App Store. Based on this, we have compiled a list of the best free games on iOS that you will surely like just as tens of thousands of other users.

Brawl Stars has been played by hundreds of millions of users, and we invite you to join them too. This is a colorful MOBA with fast-paced 3v3 battles, featuring heroes with unique abilities. A brutal man with a shotgun, an 8-bit robot, an insane old-man miner – each character really stands out, and you will surely find your favorite. The game also pleases with an abundance of modes, a system of clans, action battles, and unpredictability of each match.

Crash Bandicoot: On the Run!

Being a symbol of the PlayStation family, Crash Bandicoot became a part of other platforms, including iOS, and became of the best games on this platform.

On the Run is a story runner with two playable characters (Crash and his sister Coco). The classic gameplay is spiced up with boss battles, of which there are more than 50. And in your free time from races, you can develop your own base. There will be enough content for at least 100 hours of gameplay, and there is a huge risk that you will become addicted.

The next amazing game in our list of top IOS games is Homescapes. In the unusual puzzle game Homescapes, you will travel to an abandoned family mansion, where you will try to restore it. This is an unusual game because it combines the rules of the match 3 puzzle with the mechanics of building and improving possessions. Solving one problem after another, you will restore and decorate your charming palace. Watching a seedy estate turn into a dream home is a pleasure that will delight everyone, without exception.

Homescapes conquers the heart with other mechanics too. For example, there are non-player characters who live their own lives and communicate on a social network. In addition, adventures are divided into story chapters, and there are several thousand levels here.

Going Balls is a 3D casual platformer where you control a ball and overcome endless obstacles. Simple controls, nice graphics, physics, and simple levels, dealing with which you rather relax than try-hard, make this game popular.

The soccer simulator Soccer Super Star is often at the top of the Sports category and is definitely worth checking out for kickers. The key feature of the game is its technical side. Here, modern technologies of motion capture are used, there is an accurate physics of the ball, and the AI of the opponents is really capable of challenging. Modern graphics, fairly simple controls, spectacular matches, and the ability to play offline make this game one of the best.

To understand why Shortcut Run attracted the attention of thousands of audiences, it is enough to look at the screenshots. This is a competitive arcade race for several players, the highlight of which is the ability to collect boards along the way. Then you have to place them under yourself, deviating from a given route and trying to win your opponents. It’s funny to see how whole mountains of boards are formed in the hands of the heroes. But if you don’t calculate your strength, then a rather stupid defeat awaits you.

This game is a mobile version of the super-popular action game in the style of Battle Royale, which offers to take part in a difficult battle for survival. Once on the island, you will need to get equipment as quickly as possible in order to confront other gamers, because only one will emerge from this brawl. Pubg Mobile has long held the leading bar in the genre, and frequent updates from developers allow it to keep it.

Bridge Race is reminiscent of Shortcut Run. Several players are also competing here, and the highlight of the gameplay is the mechanics of collecting blocks that look like planks. However, here users do not participate in a race on the track but try to build a bridge by collecting blocks of a certain color and leave their rivals behind. The catch is that there are 5 players at the start, and there are only 4 tracks. Thus, with each stage, the number of competitors decreases, and the battle becomes more and more intense.

You have hardly heard of this game. In 2020, its popularity has skyrocketed, which can be judged not only by the huge number of downloads but also by the presence of different memes. Several players will play the roles of crew members of the spacecraft, and together they will have to perform routine tasks to ensure the operability of its systems. And everything would be boring if among the gamers there was no traitor, whose goal is to kill everyone. The catch is that the impostors look the same as normal players.

RELATED: Best Battle Royale Games for Android and iOS to Play in 2020

And the last free iPhone game from our top is High Heels. Sometimes you wonder how rather strange ideas of the developers become popular. High Heels is another example. Here you have to control a graceful lady in high heels and overcome various obstacles. The trick is that the length of her heels is constantly increasing, and as a result, the heroine may even disappear from the display. But this feature will help her overcome the route and reach the finish line, where she will be greeted by an enthusiastic audience. Yes, it looks strange, but the game has become one of the best in the racing category.

These were the best free iPhone games. By having them on your iPhone, you will always find how to spend your free time in a fun way. While you are here, please take a look at this best Bluetooth mouse you can buy for an iPad.