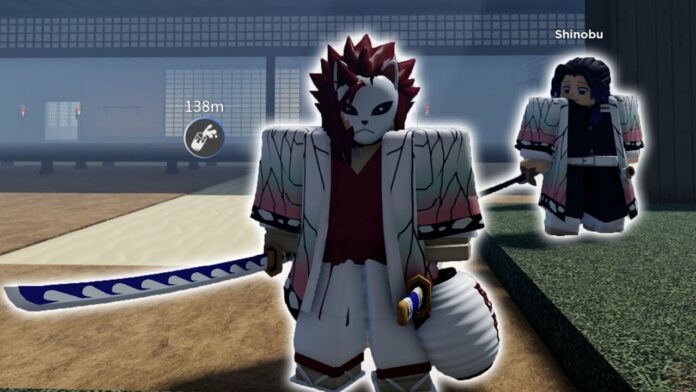 Many different Roblox games are based on famous game series, anime, or manga. So, in Project Slayers, players can play both the demon side and the slayer side. And your abilities and bonuses from items will depend on this choice. And in this guide, we will tell you about the best grind boss in Project Slayers.

There are many different activities in Project Slayers. You can fight with other players, find various items and perform tasks. Also, in the game, various bosses can reward you with different items. They all have different stats, attack patterns, and rewards. Therefore, finding the best boss to grind with is not as easy as it might seem.

Luckily we found one. And so, you need to go to Horse Guy and move to Ushumaru Village. Then head towards the white-haired NPC named Grandpa Shiron. Behind this NPC’s house, you will find a bandit camp. But you can climb the wall and not waste time on them. And at the top, you will find a boss named Bandit Kaden.

Kaden is not the hardest boss in the game. To be more precise, he is one of the weakest bosses. But this is what we need. For defeating him, you will receive a Tier 1 Chest, with random rewards.

Related: What is the Best Breathing Style in Project Slayers? – Answered

He only has 900 Health, so he doesn’t need to be hit for a long time. Also, this boss does not use any Breathing. But beware of his spinning attack as it’s quite annoying. You can quickly defeat him and grind various rewards from the Chest.

That’s all you need to know about the best grind boss. Of course, you can fight other bosses as well. However, to defeat Bandit Kaden, you will spend a minimum amount of time. And we hope you enjoyed this guide.