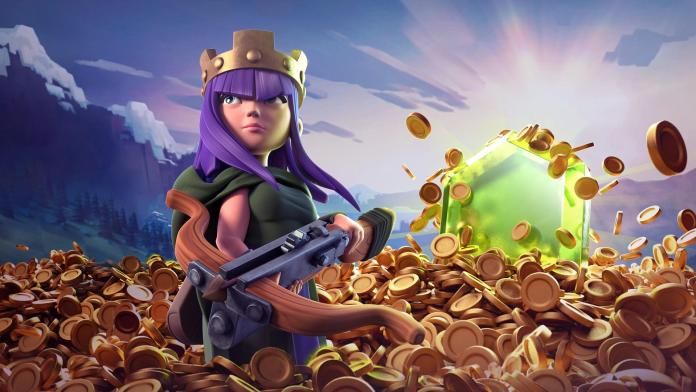 The Archer Queen card is one of three Champion cards that Supercell has added with the Clash Royale Champions Update. Champion cards are the new rarity and every card/character comes with a unique ability that you can activate when the troop is deployed within the arena. The Archer Queen has the power of “Cloaking Cape.” When activated, our Archer Queen turns invisible for a certain duration and can shoot her arrows faster for extra damage.

If you have her in your Clash Royale deck and are looking to revamp your deck to compliment Archer Queen’s abilities, here are some best Archer Queen decks in Clash Royale that you can use in your next battle.

The above deck can be used against a wide variety of opponents and has an average elixir cost as well. Since Archer Queen likes to attack from the shadows, you can use Valkyrie at the front and let the Queen take care of the rest.

This Clash Royale deck can be deadly, especially if your opponent doesn’t have any cards to stop the Balloon. You can even pair Bandit, Log, and Archer Queen to deal significant damage to the enemy tower and, in some cases, take down the tower completely.

RELATED – How to Push Trophies Fast in Clash Royale

You can use the Hog Rider, Freeze and bats to deal heavy damage, while the Fireball can be used to kill swarms of enemies at once. The Archer Queen’s clocking ability can even be paired with the Goblin Barrel.

While the deck might seem ordinary, it can do wonders. The Archer Queen and her powerful Cloaking technique allow you to deal with any tanks easily. Your Ice Golem serves as the meatshield for both the Archer Queen and Hog Rider. The Cannon, Fireball and Log are good defense cards and can also deal with crowds of enemies.