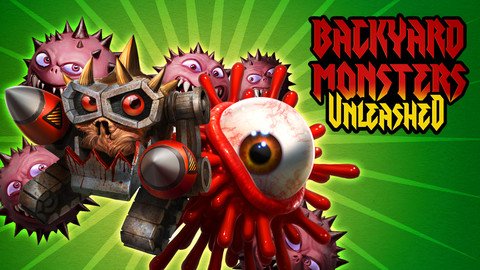 Backyard Monsters was the original strategy game in a genre made extremely popular by Clash of Clans or Jungle Heat. Finally, the game has dropped its Facebook exclusivity and made it to mobile platforms, and we are here to help you with a bunch of Backyard Monsters Unleashed tips, tricks and strategy advice, which should really come in handy because this game does have a few different mechanics compared to the other games available on iOS. So let’s get things started for this amazing game for iPhone and iPad!

– When you start the game, try staying logged in for as long as possible – progress during the early stages is extremely fast, with Pokeys that are trained fast and with a flawless matchmaking system that throws you into battle against similar players. Start upgrading and constantly attacking.
– The best option would be to start with a few attacks in the campaign mode, since these are very simple to beat at first. Then, attack a few other players for some extra resources and you’re all set on your road to greatness
– Make sure you build and upgrade as much as possible the Twig Snapper, because these resources are the ones that you’ll need the most during your game. Also Upgrading the Town Hall to level 2 as soon as possible is a priority.
– Get access to the Bolt as soon as possible. They target resource building and they can prove very useful when it comes to looting other players. At first, your main priority is not to get badges, but to get as many resources as possible. A combination of Pokeys and Bolts is what is needed.
– Let the Mushrooms grow – they can provide exceptional help by creating natural walls and keeping your enemies away. The further they start their attack, the more time your defense towers have to take them out.

How to get Resources faster in Backyard Monsters Unleashed?

This is a question that everybody asks since resource generation seems to be very slow in the game. The answer is pretty obvious: attack other players! Although the campaign mode is good to set you up with some resources to build up your base initially, it’s the other players that have the big piles of resources waiting to be picked up. So try to ignore the campaign and focus on looting the other players.

How to Build the Perfect Base in Backyard Monsters Unleashed?

Another really important question with no perfect answers. However, there are two sets of buildings that you need to protect: your Town Hall which decides the winner of the battle (if you lose it, you lose the battle) and your resource buildings, especially the silos. Here are my advice when it comes to building the perfect layout in your game:

Of course, this strategy gets your Town Hall down easily, so very high level players might not find it useful.

The Monster Locker is your friend. You can upgrade existing monsters there and unlock new ones. Make sure you do so constantly – you need to get to the Gargantula as fast as possible to destroy the defensive towers of the enemies.

Walls are your friends too. Since there are no troops targeting Walls directly, you should build them around your important buildings: the Town Hall and the Resource Buildings. This way you can win some extra time for your defensive towers to work their magic or at least to hope for the timer to run out before you are defeated.

Attack with numbers. You need a lot of resources and a good approach to getting them is to attack with a ton of low level troops: pokeys and Bolts. Deploy the Pokeys first to draw enemy fire and then send in the waves of Pokeys. This way you are guaranteed to loot a ton of easy resources which are far more important than badges (at least for a long while).

So… what tips and tricks would you have to share with fellow Backyard Monsters Unleashed players? Let us know by commenting below!