Astral Chain, Platinum Games latest action game, has finally been released on Nintendo Switch worldwide. The game is somewhat different from the usual PG action game, but this hasn’t prevented fans from supporting the game to the full.

It seems like support has gone even better than anticipated, as today, Platinum Games thanked players for their support and released a new piece of artwork created by PG artist Hajime Kimura. You can find it below.

Astral Chain has been in development for quite some time for Nintendo Switch, and it’s one of Platinum Games most polished games ever. From the cyberpunk setting to the combat system and investigation mechanics, it’s clear how much time and effort has been put into the game. While many of the gameplay mechanics have been lifted from previous games from the studio, Astral Chain is an excellent game that no fan of action games should pass on. 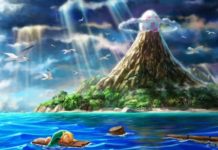