Home Game Guides Are Fireflies coming to Minecraft in The Wild Update? – Answered 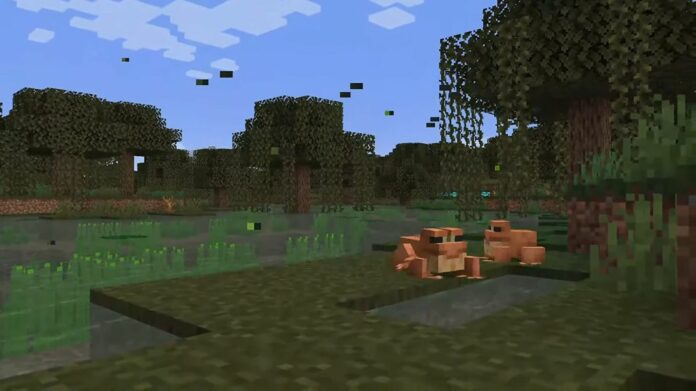 At Minecraft Live 2021, Mojang announced the next major update, titled The Wild Update. In the live stream, developers announced many upcoming features such as the mangrove swamp biome, mangrove trees, ancient cities, frogs, fireflies, and more.

Development for The Wild Update has been going pretty smoothly compared to the Caves & Cliffs update. Developers have been consistently releasing snapshots and beta versions featuring announced additions and bug fixes. However, some features are yet to make their way into the game.

Fireflies, one of the mobs announced for The Wild Update, is still nowhere to be seen. This has led to fans wondering if fireflies are coming to Minecraft or not.

Also Read | How to Get Frogs in Minecraft Bedrock

Are Fireflies coming in Minecraft 1.19 Update?

Unfortunately, fireflies have been removed from Minecraft The Wild Update. When Mojang introduced the concept of fireflies at Minecraft Live 2021, they had the plan to add them as a food source for frogs. However, there was a flaw in this idea.

Many players gave their feedback and explained how fireflies are toxic to frogs in the real world. When it comes to animals, Minecraft has always tried to incorporate accurate information regarding them. Because of this, Mojang announced their decision to remove fireflies from The Wild Update in a recent episode of Ask Mojang.

Developers also said they have no plans to include fireflies in any incoming updates and moved them to their ideas library. Sadly, players won’t get to see fireflies in Minecraft anytime soon as it is rare for Mojang to bring back abandoned mob ideas.

Also Read | How to Get Mud in Minecraft The Wild Update

Are Fireflies coming to Minecraft in The Wild Update? – Answered