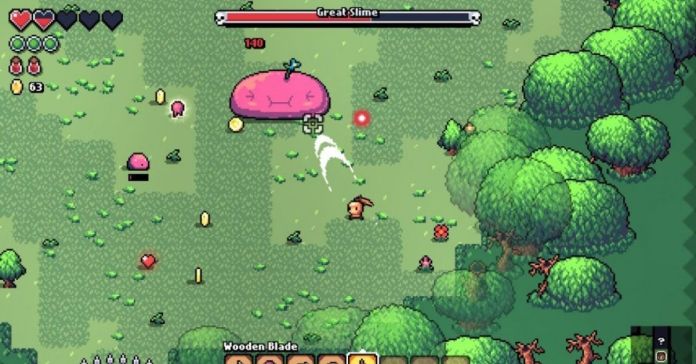 Archvale is a new action game that has good graphics and a dynamic combat system. There you will need to choose a weapon for your character and fight many tough and challenging opponents. They will throw lots of projectiles at you and it is better for you to dodge all of these. However, the toughest opponents in this game are different bosses. You will encounter lots of them, and each boss has variable attacks and requires you to follow some specific strategy. This guide will tell you how to defeat Great Slime in Archvale.

How to Defeat Great Slime in Archvale

Great Slime in Archvale is one of the bosses that you will be able to encounter in the early game. The boss itself is not very strong. However, you will fight him at the beginning of your journey and your character won’t be strong as well. So, you will need to learn Great Slime’s attack patterns and dodge them properly. Also, we recommend you to use ranged weapons as the boss always jumps, and hitting it with a melee weapon may be a problematic thing to do. The best thing for you will be to craft an iron ax that can be thrown.

At the beginning of the battle, you will see a giant purple slime. It will be jumping and trying to stomp you. Also, when the boss lands after any jump, it launches projectiles in all directions. After a few jumps, the boss will throw a huge amount of projectiles in your direction. So, you will need to dodge it as these can deal a lot of damage to your character. Also, the boss is able to summon a couple of small slimes that will try to attack you as well.

When Great Slime has its HP dropped below 50%, it performs a few jumps and launches a long salvo of projectiles at your character. When the boss will be at low HP, it will enter some kind of a berserk mode. Great Slime will start to jump really fast and you will have to finish the boss before it stomped you to death.