Home Game Guides Another Eden Fishing Guide: Everything You Need to Know About Fishing 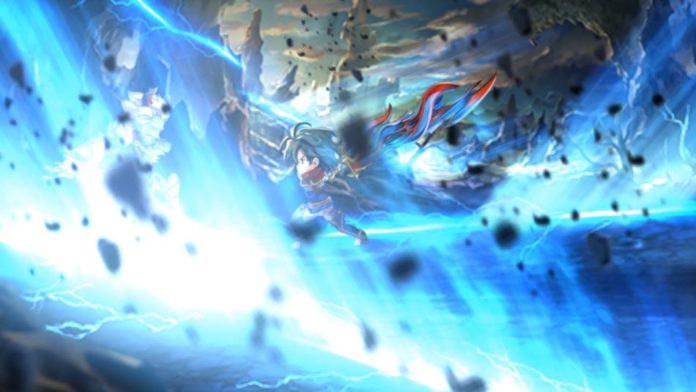 Now this game provides a pretty wide array of things you can do, just like most classic RPGs do, but if you’ve played Another Eden for a while you will see how amazing all the game’s features are, and that includes the Fishing – which is going to our subject today!

Fishing could be something that can keep you busy, that can help you kill time in game while also being productive, but there are people who don’t like it!

Well, since opinions are shared, I thought about addressing this feature and giving an in-depth Another Eden Fishing guide, to help you understand everything there is to know about it.

So whether you are a veteran or a new player in the “fishing industry of Another Eden”, I will share with you everything that I learned so far, and hope that it will come to your aid when you will go get your own catch!

Another Eden – What is Fishing & how to unlock Fishing?

Fishing is a feature like a mini-game that basically allows you to catch fish in the multiple ponds that you find in the game at various locations.

You can unlock Fishing in Another Eden by progressing through the game for start and completing the quests. You will have to complete the quest named “1,000 Year Ark of the Ocean Palace”, and do what the game asks you to do, until you’ve arrived at Kira Beach.

After you reached there, you will see a mini tutorial which should teach you how fishing works, how to buy the necessary items and so on. Basically it will teach you everything you need to know about Fishing.

Another Eden – How to fish?

Now the actual process of fishing, will require you to have the following items, obviously: a fishing bait and a fishing rod.

In order to fish, all that you have to do is find a pond where you can actually do it! There are a few easy steps to fish, and here they are:

– wait (until something bites)

– once you see something has bitten, tap once to reel the fish in!

Now there is another few elements that I would like to point out, which will make fishing a lot easier. Firstly, if you have the game’s settings off on vibration, switch them on because it will make a world of difference since you will feel your device vibrating every time the fish bite.

Another thing that you can do while fishing – or another technique which can work, is to cast your line normally and then tap and hold. You will have to hold until the screen will zoom in, and then release your finger.

Now there might be times when fish will escape, and that might not happen the very first time – or it might! Either way, you should be prepared for it because that’s just how the game is! There might be a few things which you can do if fish escape, so if it happens often it’s time to make a change:

Another Eden – What to do if fish escape? Make upgrades!

There are a few things that you can do if fish start running away from you (or escaping), but they might require you to start spending some time and money into fishing.

So if you are not ready for that, then either change the place where you fish, or stop fishing altogether (for now until you gather the necessities for upgrades)!

The Fishing Hook is pretty important, because with the right upgrades you will increase the number of fish you can catch in one go. If fish don’t bite and you are standing there doing nothing, just waiting and waiting, then this might be one of the reasons.

With better hooks (double or even triple hooks) you will be able to catch some more special fish such as rare fish, as well as Monsters and more late-game creatures such as Horrors and Lake Lords.

The Cooler will let you capture more fish. Basically the more fish you can capture, the better, right?

This should be one of the first things that you upgrade (I suggest the very first) because with a bigger capacity, you will be able to capture more and more fish, which in return give you more fish points.

Once the Cooler is full, you can’t fish anymore, so you will have to go empty the Cooler box. This will be quite a hassle if you fish a lot, so definitely make this the number one priority because it will pay off in the end.

Let me explain what Floats are: basically, once the fish bite into your bait, you will have a few seconds to reel it in and catch it. That is what you can refer to as Floats (because that’s what it upgrades) – the time between the fish biting and you capturing it.

When you upgrade the Floats, you will increase the time you have for reeling in the fish, and this is going to be amazing for more advanced fish which have a very short window when you can capture them.

The Reel upgrade is pretty simple – it increases the chance for you to get higher level fish and also more rare fish. This works if you want to farm for XP and Fishing Points, because the better fish obviously give more.

The Reel upgrade also works when you want to capture Monsters, Horrors and Lake Lords.

This is how I suggest that you make your upgrades:

No matter how you play, you should definitely start with the Cooler, because it will increase the number of fish you can capture, which will result in your getting more fishing points. (get Iron Cooler II or III, or if you are hardcore fisherman go for Refrigerator I)

Once you are done with the Cooler box upgrades, you can start maxing out the fishing hook. This will go hand in hand with the bigger cooler, allowing you to capture more (and hopefully better) fish.

Upgrade the Reel if you want to start farming for better fish and other creatures. If you are having a hard time capturing the fish because they escape, you can go for the Floats.

Now these would be everything that we have about Fishing in Another Eden. Don’t forget to take a look at our game guide, and also check out our complete characters list and also the Tome locations list to upgrade your characters! 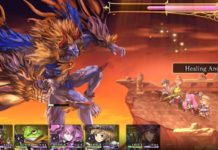 Another Eden: Tier List & Best Characters in the Game 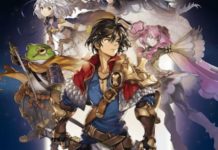 Another Eden: Tome Locations & Where to Find All Tomes 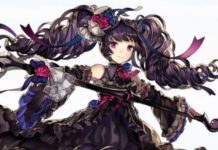 Another Eden: All Characters in the Game