Animal Crossing: New Horizons is now less than a month away, and Nintendo’s marketing machine has finally kicked into high gear, providing new information and footage of the game almost daily.

Today, two new commercials have been shared online. The first one shows the villager arriving on the island, while the second shows some gameplay footage. The two commercials are not particularly long, but fans of the series will surely appreciate them.

Last week, Nintendo revealed a lot of new Animal Crossing: New Horizons details during a new Nintendo Direct. Following the Direct, it has been confirmed that the game will get save data transfer later this year.

At launch, players will only be able to back-up their saves online and transfer them once into a new console. A Nintendo Switch Online subscription is required to back-up Animal Crossing: New Horizons save files.

While last week’s Nintendo Direct revealed a lot of new details on the game, it is not yet clear if Animal Crossing: new Horizons will feature any type of in-game purchase.

They have been mentioned in the game’s ESRB rating, and they have been removed shortly before the direct. They are mentioned again in the rating, so the situation is pretty confusing right now. 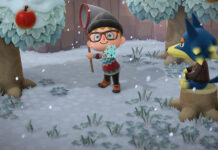 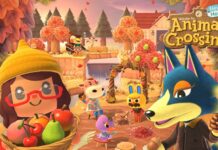