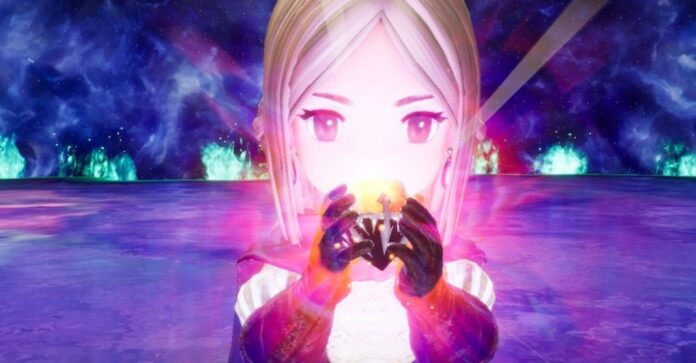 In Chapter 4, the Bravely Default II story has proceeded quite a bit, but there are still new Jobs to unlock with which to take on even more powerful enemies and ultimately save the entire world.

Like in the previous main story chapters, you will have to face multiple Asterisk Holders in Chapter 4 who will grant you access to new advanced Jobs. Here’s how to defeat these powerful bosses.

How To Defeat Lonsdale

Being a Bastion, Lonsdale can deal tons of physical damage with his abilities. He also has some powerful counter-attacks that can one-shot any of your party members if their defense and HP are not high enough.

The fact that Lonsdale only attacks with physical attacks, however, makes it easy to come up with a solid strategy. Make sure to bring at least one Shieldmaster in battle who has learned the Reprisal skill: with this skill, you will be able to throw all the damage dealt by the boss back, making the battle much easier.

Aside from the Shieldmaster, who should always focus on protecting the other party members, you should consider bringing a Freelancer, or another character who can use this Job’s abilities, as you will need to use Square One to remove all buffs from Lonsdale. Keep this strategy up and you should defeat him without too many issues.

By Defeating Lonsdale, you will unlock the Bastion Job.

How To Defeat Marla

Marla, like Lonsdale, hits extremely hard, so bringing a Shieldmaster is extremely important. Once her HP reaches a certain point, she will buff herself to deal even more damage, so make sure to use the Freelancer Square One ability to remove these buffs as quickly as possible.

Using physical attacks to deal damage is not recommended, due to her powerful counterattack. To damage Marla, you should use magic, especially light magic. The Spirit Master Job can use the powerful Banishra spell, which works great in this fight.

By defeating Marla, you will unlock the Phantom Job.

Vigintio is a much easier boss, compared to the others in Chapter 4, mostly thanks to his limited HP. The character deals magic damage only, so make sure to buff your magic defense. Also, make sure your HP is always high, as these spells can hit very hard, if your magic defense is not up to par. Never debuff Vigintio as well, since he will gain BP every time he is debuffed, making the fight much harder.

As you need the highest possible magic defense, bringing physical-based classes is not a good idea, as they have low magic defense. The Thief is the perfect Job in this battle, as this Job has decent magic defense and can hit hard Vigintio hard, considering he is weak to daggers.

By defeating Vigintio, you will unlock the Arcanist Job.

How To Defeat Adam

Adam is definitely the most difficult boss battle in Chapter 4. He not only has very high HP, but also extremely high attack, and can one shot characters with low physical defense. As such, you want to have a Shieldmaster in this battle to protect party memeber and send some of the dealt damage back his way.

If you have leveled up the Phantom Job, this fight will be much easier, as Adam is weak to multiple status ailments, including Paralysis and Poison. Make sure to paralyze Adam as soon as his HP gets low, as he unleashes Death Storm, an extremely powerful attack that can defeat all your characters even if they are at max HP, when his health gets low. Poison helps quite a bit in dealing bust damage over time: you want this fight to be over as quickly as possible, so any extra damage is a plus.

By defeating Adam, you will unlock the Hellblade Job.