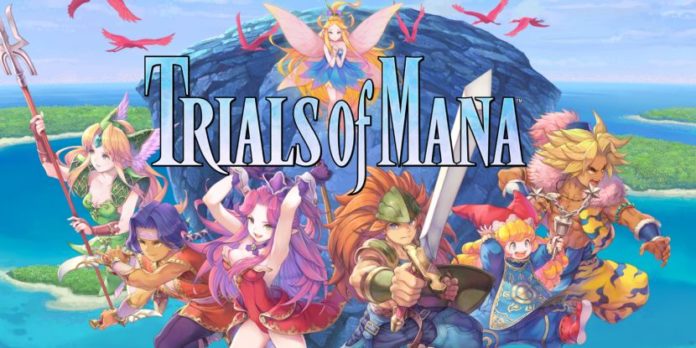 Trials of Mana, better known as Seiken Densetsu 3, took a very long time to get released in North America and Europe, as the game only debuted in the West last year with the release of the Collection of Mana on Nintendo Switch.

A remake is also in development, and it will release in April on Nintendo Switch as well as on PlayStation 4 and PC, but it seems like we will be able to get a taste of the game sooner than expected.

Gamstat, a website that tracks releases on the PlayStation Network, reported that a Trials of Mana playable demo is now being listed on the PlayStation 4 digital store. A release date hasn’t been confirmed, but it is likely that the demo will be released on all formats. Square Enix released plenty of demos for its big releases on Nintendo Switch, so seeing this demo on the eShop isn’t particularly surprising.

The Trials of Mana remake will spice things up considerably, especially compared to the Secret of Mana remake. The game will be a full 3D role-playing game introducing new mechanics alongside some of the staples of the original SNES release, such as the unique class system, six playable characters with their own unique story, flashy special skills and magic spells and so on.

Trials of Mana releases on Nintendo Switch as well as on PC and PlayStation 4 on April 24th.