PUBG Mobile, probably one of the topmost Battle Royale games on the globe, often receives praise for the massive array of weapons it has. From snipers to shotguns, PUBG Mobile has several categories of weapons. Even the attachments and ammunition are quite detailed.

Even with all that effort, some of the guns do not go down well with the players. Some of these ineffective guns are simply difficult to use or do not serve the majority of the players find them useless.

Winchester is probably the least-liked weapon in PUBG Mobile. It deals very little damage and is probably the weakest action bolt sniper. Moreover, Win94 is accompanied by a 4x scope which players cannot replace.

The sniper does not take in any attachments other than a bullet loop. Players who pick it up at the start of the game should hunt for some other gun to replace the Win94.

Shotguns have their own fanbase. But even shotgun fanatics would avoid Sawed-Off. To ambush an opponent, players will have to shoot multiple times as the bullets deal very little damage.

With a weak range and just two rounds of magazine, Sawed-Off does not get picked up very often and gets replaced rather quickly.

There’s one good thing about VSS – it hides the fire location of the player using the gun. But that’s the only perk of picking up a VSS. The automatic sniper is one of the hardest guns to use in PUBG Mobile.

Despite the difficulty, the silent gun deals little damage and the bullets are fired slowly. The VSS is pretty useless in long-range combat. Passive, stealthy players might find it useful, but it spawns rarely on the map.

MK47 deals a damage of 49 and that’s probably the only good thing about it. With a fire rate of 0.1 and a slow reload speed, this is one of the worst ARs that players can pick up.

Unlike some other Assault Rifles, MK47 lacks the full auto mode. It also has the smallest magazine and a rather heavy recoil.

A good chunk of PUBG Mobile players might be confused about Skorpion’s purpose in the game. Perhaps, the only good thing about this pocket SMG is that it does not occupy the primary weapon slot.

But just being portable does not make Skorpion a good choice. For Skorpion to be fully effective, players have to gather considerable attachments. But players would rather use those attachments on the primary weapon instead of a pistol. 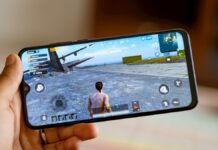 Best sensitivity settings to use in PUBG Mobile 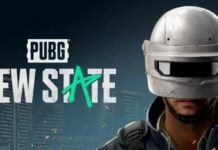 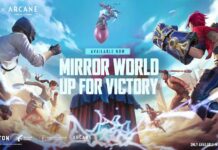