PUBG Mobile is all about looting, shooting, and surviving. And to be the last player standing, players need the right weapons, armor, and even attachments.

As the weapon spawns are scattered all over the map, players do not always get the best gun or level 3 armor. But landing in specific spots can leave a player loaded with gear. To save these weapon-hunting efforts, here is a list of the best drop spots in every map.

Let’s start with the original PUBG map that PUBG players know by the back of their hands. Erangel is undoubtedly the most played map of PUBG.

The best loot is found in Sosonovka Military Base, Novorepnoye Crates, and Georgopol. These are some hot drops where players can load up level 3 armor and fancy guns. But these locations are risky and result in frequent early deaths. Squads often drop at these spots to load themselves.

For passive players and beginners, the Mylta Power, School, Rozhok, Farm, and Prison area are the best drops. The loot at these places is enough for one to two players. Often, players end up with satisfying guns and good armor.

Miramar is the largest map on PUBG Mobile and is relatively difficult to play. Players who like the survival aspect of PUBG should play Miramar. Most of the terrain is covered by desert and the land area covers 80% of the map. Combat and action are not that frequent as the battlefield is enormous.

For the action-oriented players (who often go offensive), Prison, Gym, Pecado Casino, Hacienda del Patrón, and Los Leones are the go-to drops. As these places are popular, expect some early combats. Especially, players should be wary of the high-rise structures in Los Leones.

Campo Militar is for squads who want to get their hands on quality loot in bulk. Meanwhile, for passive players, Minas Generales, Power Grid, San Martin, and Ladrilleria are some of the safer options. The loot here is okayish to satisfying without all the Pochinki-level risk.

Sanhok, the swamp/jungle map of PUBG Mobile has the smallest area of 4×4. As it is inspired by the coasts of Thailand and the Philippines, it features dense tropical jungles, uneven terrains, and few shelters.

As the map region is small, the weapon spawn density is higher. Finding arms and armor in Sanhok is not a challenge. Players who like to use fancy guns, gear, and high-level armor can land in one of the three military bases (Camp Alpha, Charlie, and Bravo). Ruins and Bootcamp are the other two popular hot drops.

For the passive players and newbies, Mongnai, Quarry, and the Cave have plenty of loot without all the early action.

Vikendi was the newest addition to the PUBG maps. Vikendi is a snow-clad map with not many roads. The 6×6 map features icy lakes, icy hills, and train lines running through the map.

For players who like early gun fights and follow offensive strategies, Dobro Mesto, Castle, and the Villa are the high-risk places with high qualty loot. Notably, the castle has enough military grade loot to equip a squad.

Newbies getting acquainted to the map should try looting Winery and make their way towards Abbey. Volnova and Dino Park are also some areas that are less crowded. Often, solo players enjoy a peaceful looting time in Dino Park.

Karakin was the new map that replaced Vikendi. Karakin is the 2×2 mini map mostly meant for quicker and more intense battles. The map is mostly a desert towards the center and all the “loot” locations are on the edges.

As such, the combat gets intense towards the end and in a very short time. So players who get decent arms in the beginning itself get a good headstart. Al Habar, Bashara, and Cargo Ship are the risky locations that feature good loot for solo players. For teams, Al Hayik and Hadiqa Nemo have enough loot. 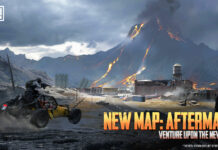 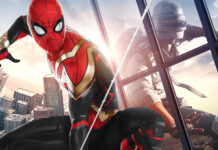 What is the PUBG Mobile Spider-Man Mode? – Everything You Need to Know 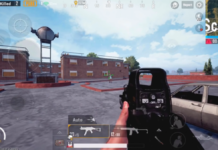 Is PUBG Cross-Platform Between Mobile and PS4? – Answered