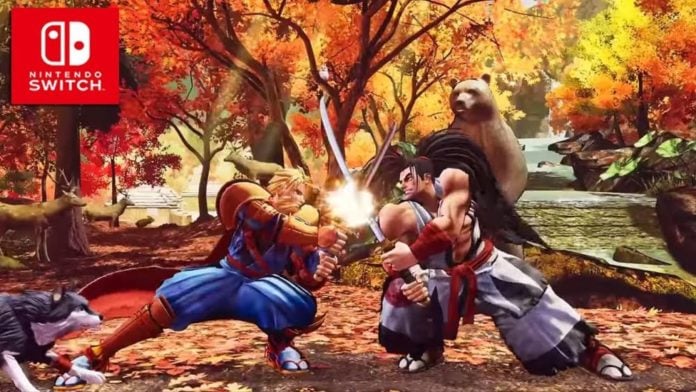 After a few difficult years, SNK is coming back on top with some excellent titles. A few years back, the Japanese developer released The King of Fighters XIV, and earlier this year, a new entry in the popular Samurai Shodown series has been released on PlayStation 4 and Xbox One.

The new Samurai Shodown trailer released a few hours ago showcases the Nintendo Switch release, which looks quite good compared to the other versions. Even more impressive is the fact that SNK is promising 60 FPS gameplay in both docked and handheld modes, which is something extremely important for fighting games.

The Nintendo Switch version will also come with an interesting bonus that can be obtained by purchasing the game at launch. All early copies of the game include a code for Samurai Shodown! 2, originally released on the Neo-Geo Pocket Color.

For the rest, Samurai Shodown will play as it does on PS4 and Xbox One. The game is an extremely engaging fighting game where long combos have no place to be. Fundamentals are the most important thing to know, as a single hit may be enough to be defeated.

This is not to say that Samurai Shodown is too simple, as there are a lot of mechanics that make the game extremely engaging, such as Sword Clash, Rage Gauge and the one-time use attack Super Special Move which can turn the tide of a match instantly.

Samurai Shodown launches this December on Nintendo Switch. The game is now available on PlayStation 4 and Xbox One.