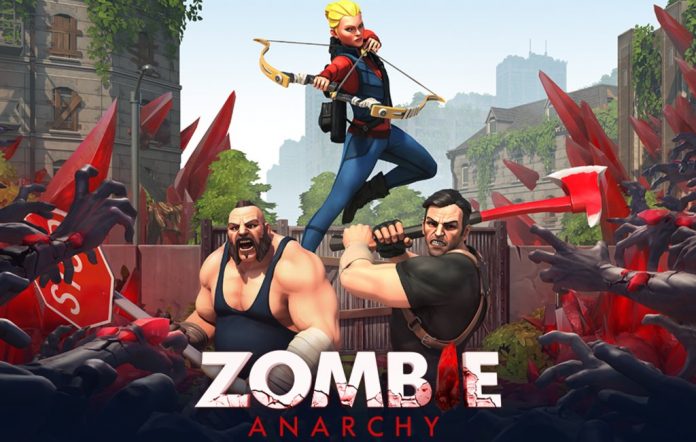 It’s been a while since a good base building game has been released – and the market seems saturated, to say the least. However, Gameloft decided to come with a fresh approach and decided to test the waters once more with Zombie Anarchy. The timing of the release is perfect, as Halloween is fast approaching and zombies are as popular as ever. But is this game a hit or a miss? Find out in our Zombie Anarchy review!

The game starts really nice, presenting you the post-apocalyptic world the action takes place in and different types of zombies that you’ll have to destroy during your adventure. You blast your way through the hordes, you take some out and finally set up base in a safe spot. From this point onward, it’s up for you to turn the barren lands into a thriving community where zombies get no brains to satisfy their hunger.

After a quick look, you’d be tempted to say that Zombie Anarchy is just another base building game with fancy graphics and a nice theme. But it won’t take you long to realize that Gameloft had some interesting ideas and implemented them quite nicely in the game.

The most important, in my opinion, is the battle system. You can only send a handful of survivors to battle (three, to be precise) even though there’s a large number that you can unlock while playing the game and progressing through the levels. Apart from these heroes that you have a bit of control over, you will also deploy additional troops – but they are deployed automatically and have a mind of their own.

Even more interesting, you won’t spend any time training the said troops and they’ll always be available for battle. In other words, Gameloft found a really nice way to reduce wait times and building huge armies like in other similar base building games, while also making the entire experience a more accurate zombie survival thing. 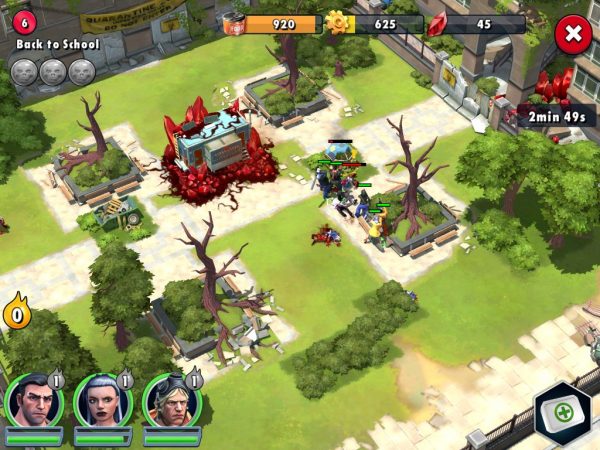 The heroes that you deploy in battle can cause serious damage and each has a special skill that is more or less useful: from increasing the attack speed of all friendly characters within a set radius, to increasing their health or dealing a ton of damage, there’s always something interesting and multiple strategies that you can adopt based on the characters you have in your squad. In battle, you can also get help from consumable items ranging from turrets that shoot everything within a radius, to healing kits for your fallen heroes and much more.

All in all, the battle system is really fun, fast paced and intense. A real win here!

Back home, you have no other option than to go through the same slow progression to building a better base. You have two handfuls of buildings that you can build and upgrade, multiple heroes to unlock and relatively limited base building options, but it all works good in the end and I can’t complain about something specific lacking or about waiting times that are out of this world.

You have a ton of missions that you play against Zombie infested bases where the rewards are pretty much decent, but there’s also a ton of human players you can attack in PvP mode to steal their loot and progress through the rankings for bragging rights. So you will rarely – if ever – find yourself wondering what to do next in Zombie Anarchy. 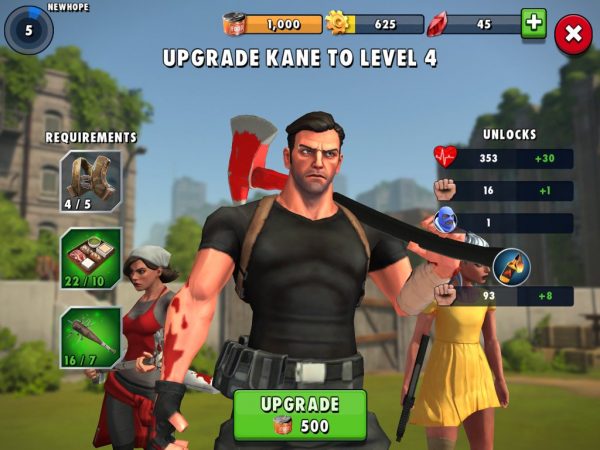 But all good stuff apart, the best thing about Zombie Anarchy is its visual appeal. Gameloft are known for delivering eye candy and they did not waste a single second when it came to amazing graphics and a lot of work spent on creating the art for the characters and everything else. I know that gameplay is important, but if you have great gameplay with amazing graphics, that’s even better. And that’s exactly what Gameloft delivers!

All in all, Zombie Anarchy is a great game. Although it doesn’t bring anything revolutionary or extremely innovative in a genre where you’ve basically seen it all, it manages to capture the core essence of the said genre and does a great job at providing an entertaining, fun and usually intense experience. Zombie Anarchy is not a game to play this Halloween, it’s a game to play for the months to come! Highly recommended!

You can download Zombie Anarchy for free on the App Store or Google Play. Don’t hesitate to also check out our tips and tricks for the game in order to get a head start in your survival adventure!