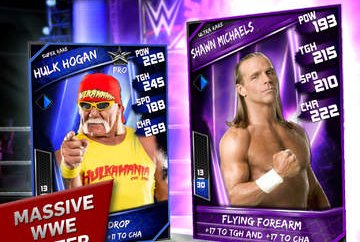 The highly anticipated event in WWE SuperCard, the People’s Champion Challenge has finally kicked off just as short while today and I am here to share with you all the details about this new game mode, as well as a complete guide with tips and tricks on how to play it and how to get the most out of it. If you want to, you can check out the announcement of this new feature here.

NOTE: At the moment of writing, as I have initially anticipated, the servers are under a super heavy load and the “Waiting on network” message in WWE SuperCard is the norm right now, together with the “Network Maintenance” one, driving me and probably everybody crazy. This is most likely because everybody is playing the game. It’s best to wait for a few hours if you care about your sanity, before trying the game.

Now back to the WWE SuperCard People’s Champion Challenge, here is what the new mode is all about: When you first start playing it, you select a champion you want to play for: John Cena or Brock Lesnar (right now, the later has a leas and probably he will win). Who you choose doesn’t matter that much, because you will still receive a reward based on your performance. Now it’s where all matters, and here’s how to approach this brand new game mode, thanks to Touch Tap Play’s guide to the People’s Challenge in WWE Super Card:

– Don’t play any regular Exhibition matches. Play the new People’s Champion ones – you will still receive your regular picks, wins and losses will be recorded, but all your wins will now go as points for the challenge itself and when it ends, you will have a chance to win a nice reward.

– Go for the easy wins. 1 point is better than Zero, always keep that in mind. I have managed to beat quite a few opponents that would’ve given me 3 points, but I haven’t managed to defeat any 5 points one, so it’s best to stay away from them unless you have a lot of time to keep trying. Personally, I would still say to go for the quick and easy 1 point win and play as often as possible.

– Be as active as you can. There will be hundreds of thousands of matches played (if not more) so you have to be as active as you can be in order to have a shot at the top rewards in the game. Remember, it doesn’t matter if your superstar wins or loses, it matters for you to be as high on the leaderboards as possible in order to get a better reward.

– Play during off hours. Play when nobody else is playing. Right now the load is extremely high on the servers and the game doesn’t work properly, making you lose many of your games. Wait for things to calm down a little bit and come to the game when the madness is gone. Less waiting and losing points is better for you.

Apart from that, all the traditional tips and tricks for the game are in effect, so make sure you check them out if you haven’t done so already.

Now tell us what do you think about the WWE SuperCard People’s Champion challenge? Do you like the event or not? 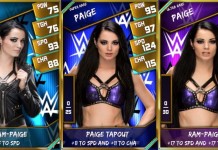 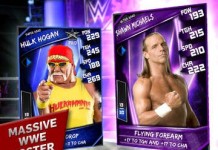 WWE SuperCard: How to Win King of the Ring & Exhibition Games Easily 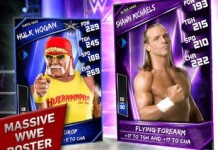 WWE SuperCard: How to Get Super Rare, Epic and Legendary Cards Faster