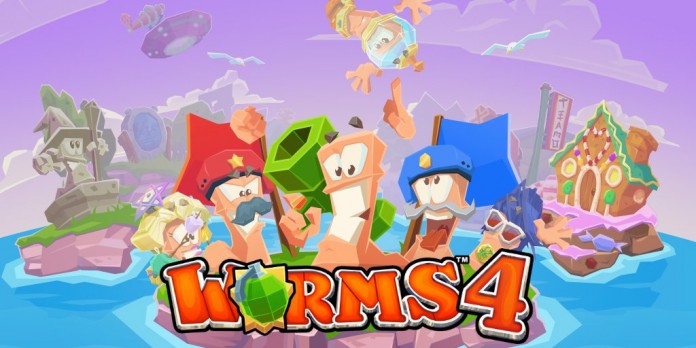 Team 17 have just launched Worms 4 on the App Store, just a short while after offering the equally-amazing Worms 3 as a free download for iPhone and iPad owners. And even though one would say that if you’ve played a Worms game, you know the basics for all Worms games, I’d still want to share with you some Worms 4 cheats, tips and strategies just in case you’re new to the series or maybe missed some of the obvious things below.

So let’s not waste any time and let’s see how we can get the most out of this fun title with Touch, Tap, Play’s Worms 4 tips and strategies!

1. Play the campaign first
This is the best way to get familiarized with the game’s mechanics and learn everything that you can learn about a Worms game. Plus, you’ll get to experiment with most weapon types and you’ll start learning how to use them to max out the results and the destruction they cause.

2. Watch out for the wind!
One of the most important random factors in the game is the wind. Pay attention to the intensity of the wind and its direction, as it will usually have a major influence over your fired shots. Mastering the wind is usually the same as mastering a Worms game!

3. Take advantage of the environment
The environment, if used smartly, can prove to be one of the best possible weapons in the game: mines and explosive barrels are the obvious ones here and they can usually cause more damage than your shot itself, so make sure you try to take advantage of them as soon as possible, while they are still dangerous for the enemy (before they leave them behind or use them against you). But it’s not just them that can help a lot: you can sometimes give an enemy worm the required nudge to fall into the water by shooting the ledge they’re sitting on from below, simply push them towards the water or at least throw them away from high altitudes. There are various ways to make the enemy worms hurt, so make sure you take them all into consideration before choosing a weapon and firing as sometimes the most destructive weapon is not the best choice!

4. The Crates’ magic
We usually focus more than we should on getting the crates – and sometimes that’s way too risky or time consuming. Always think twice if getting the crate (or trying to get it) is really worth it and only act if you’re sure you can get it without any problems. Also, try to destroy any crates your enemy can get before they reach them.

5. Cratered worms are insta-kills
If your worm ends up in a crater, it will probably be the first one to die. Make sure you get him out of there fast or offer some sort of protection or else he’s history!

6. Move after shooting
Remember that you have a couple of seconds to move your worm after shooting and make sure to take advantage of this: you can use it to get back in cover, get closer to a worm or do whatever you have to do, after taking a shot. It’s an advantage many are ignoring – make sure you don’t!

As I said, there is not really much to say than “get better!” when it comes to Worms 4 – but if you have other tips and tricks to share with fellow players, don’t hesitate to let us know by commenting below! 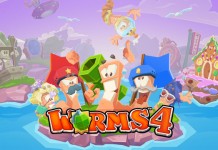