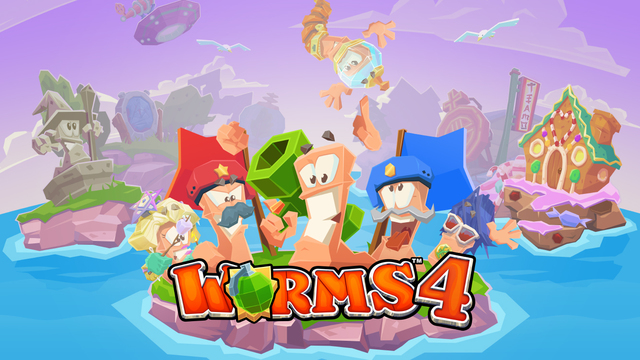 The Worms series has managed to gather quite a following during the years, thanks to a really engaging gameplay experience. The series has also been very successful on smartphones, with Team 17 releasing several entries of the series in the past years. If you have been craving some new Worms action, you better access the App Store as soon as possible since the new entry of the series is now available for purchase.

Worms 4 doesn’t differ that much from previous entries of the series in its basics. Once again players will have to take control of worms and make sure to destroy all opponents by using a variety of weapons. Among the new features included in Worms 4 is the ability to add a lot of different upgrades to weapons, giving players some customization possibilities. Another interesting new feature of Worms 4 is that all players’ progress is tracked, with players choosing one faction between red and blue. The winning faction obtains a really nice reward each day.

The Worms 4 single player mode is rather rich, with over 80 missions set in five different locations. If you want to test your mettle and your weapons against others, it’s also possible to play against others in the game’s synchronous multiplayer mode.

Worms 4 is now available for purchase on the App Store for the price of $4.99.