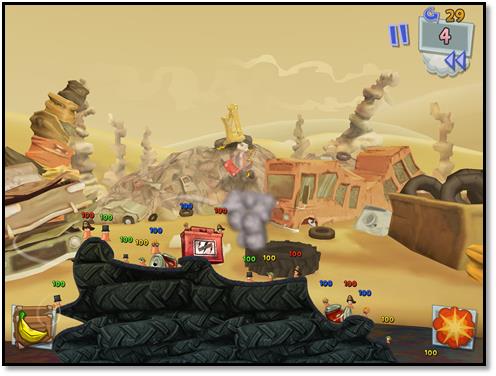 The Worm series is one of the longest running gaming series that still receives new releases.

It’s actually been 18 years since the first Worm has been released. That’s quite an accomplishment, considering how quirky and creative games don’t always manage to be as successful as they might deserve.

To celebrate this Worms anniversary, Team 17 has announced that Worms 3 will be available for a reduced price on the App Store. Make sure to get the game as soon as you can, not only because it’s really good, but also because the offer is going to be limited.

As if the reduced price wasn’t enough, Team 17 has pushed out a new update for the game including an “awesome new Junkyard theme”. Following the update, you will be able to play through six new campaign levels set in the Junkyard and get a new Body Count level set.

If you have been living with your head under a rock and have no idea what Worms is all about, you can check out a gameplay video for the third entry of the series right at the end of the post.

Worms 3 is now available for a reduced price on the App Store. The game can be played on both iPhone and iPad.