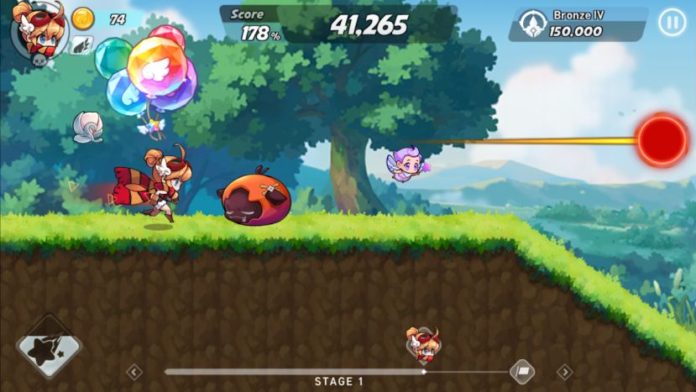 As I was saying in our recently published Wind Runner guide, setting up the perfect team in the game will give you better chances at completing each stage and could have a massive boost on your score. But what’s the best character in Wind Runner? We’re here to find out, as well as see what are the best team setups for each of them.

I am going to list all the characters that you can unlock in the game and check out their main stats before deciding which one is the best. But it’s worth mentioning that there are more things that you should take into consideration when choosing your main character in Wind Runner.

And the most important of them all is the character’s level: higher level characters offer bigger boosts, so even if you have a character with more useful skills than another, the latter could still end up delivering better results if it’s of a really high level.

The second thing to consider when deciding if the character you have selected is indeed the best one you have unlocked is the set of pets and relic you’re pairing them with.

Tip: Tap the info button under each character to see the most popular team selection for each of them. This doesn’t necessarily mean that it’s the best selection (although it usually is), but at least it helps you decide if you can create a similar setup for maximizing boosts.

With all these in mind, let’s check out the characters that you can unlock in Wind Runner and see which are the best.

This is the default character, but a pretty solid option overall. Her main skill is that of summoning 3 Crystal Stars every 30 seconds. Also, during the Magnetic effect, there’s an increased chance for her to summon Crystal Stars.

Her abilities are that of offering a score bonus based on all levels (common ability that all characters have with the same results), but her unique is an increase in the score received from collecting Stars.

The best team setup for her – for most stages – is with Griffin, Randa and Plantina.

Her main skill is that of summoning 3 Picopicos every 45 seconds. She also increases the duration of the monster combo if you summon a Gold Pico during the combo itself. So with a bit of planning, luck and practice, you can really get top score boosts with her!

The unique ability that she has is that of increasing Monster Score by a percentage that increases as she levels up. While you don’t get a ton of monsters in all levels, for those that you do, she offers a massive boot!

The best team setup for her is Goat, Piden and Ghost Mirror (which all work perfectly with her main skills and abilities).

The unique ability that Leo has is that of multiplying the score received from Wing Stars. The numbers are really good, starting with triple scores at level 1!

The best team setup with him is Unicorn, Ballery and Capsule.

Every 50 seconds, Lia summons a box with 10 coins. You are also guaranteed to get them, as she automatically applies the Magnetic Effect to all coins obtained from Coin Boxes.

Her unique ability is that of increasing the Ring Score by a percentage based on her level. So she’s not really the best character for getting high scores, but useful if you need extra money.

The recommended team setup for Lia is Broom, Catco and NEM-7.

Her main skill is that of applying all item effects for 5 seconds every 60 seconds. Also increases rescue score if used right before rescuing a Summoned Pet. In other words, when it comes to top scores, she can really be a beast in longer lasting stages.

Rain’s unique ability is that of increasing the score received from Rescued pets based on her level.

The recommended team setup for her is Dragon, Sushiv and Oil Lamp.

Her skill allows her to apply Bubble Shield for 6 seconds every 60 seconds. While the skill is active, she also has a reduced chance of being hit by monsters and Fireballs.

Her unique ability is that of increasing the Bubble Score based on her level. Still, she is not a character optimized for increased scores during your runs. This doesn’t make her necessarily bad, though, as having a shield every now and then comes in handy later on.

The recommended team setup for Marina is Seahorse, Jellang and Enchest.

Out of all characters in the game, I must admit that I enjoy playing Stella the most. With a skill that activates really fast and a nice team setup to maximize her strengths, she is not only really fun to play, but also good for beating high scores.

However, I would have to be realistic and say that despite the fact that I usually end up choosing her more often than not, the best character in the game is:

Even though it takes her a bit to fill up the meter to activate her special skill, she is the easiest to play with for getting high scores and in my opinion the best character in the game.

Do you agree with this or you have a different character that you think should wear the crown of the best one in Wind Runner? 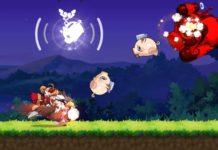