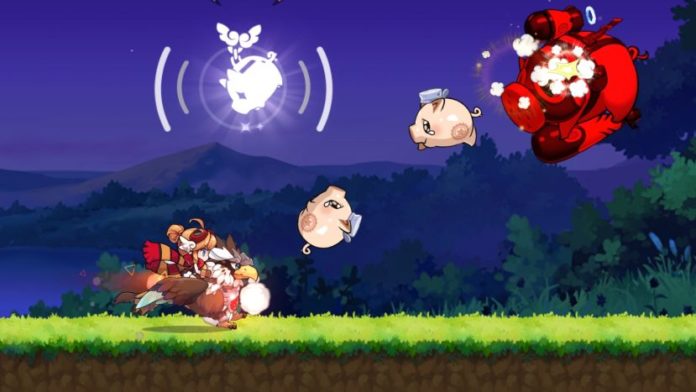 Joymax has just launched the new Wind Runner on mobile, available worldwide and I am here today to share with you a bunch of Wind Runner tips and cheats to help you get the most out of the game.

You’ll be able to unlock new pets, new characters and new companions – and upgrade them all! Everything while beating increasingly difficult stages, mastering seemingly impossible jumps and having a blast along the way.

So let’s make an already impressive experience even better by checking out some Wind Runner tips and tricks in our beginner’s guide below!

Spend some time in the practice area

If you’re just starting up, it’s a great idea to spend some time – or, better said, as much as possible – in the practice area. This is the only and easiest way to get used to the various sets of obstacles, performing moves and taking advantage of the various pets in the game.

It’s not the most demanding game mode either, so you only need a few minutes every now and then to learn everything about the game’s mechanics and how to take advantage of even the worst situations – or at least be prepared for them.

So I would definitely recommend all new players to start with the Practice area, as boring as it might sound at first.

The Story missions start out slow – as a kind of a tutorial – but they increase in difficulty really fast. You want to master them, though, and your only bet to achieve that is to keep playing them over and over again.

You will find new routes, learn when to jump and time your jumps flawlessly in order to eventually complete all requirements and master a stage. It won’t be easy, but this is what makes the game so fun: its level of challenge.

However, if completing all the levels in a stage seems impossible at a given moment, there might be some other ways to tackle this problem: for starters, you can simply move on to another stage and come back later after you have some additional play time under your belt.

Also, it could be that a different combo of pets, relics and characters might be better for that particular stage (but we’ll talk about this a bit more later on in the guide).

Fight for top scores in the Leagues

The League is where you want to be if you want to get some of the most awesome rewards in Wind Runner, and there are actually multiple types of Leagues that you can take part in, all available for just a limited time.

The most challenging in my opinion is the Theme Run – but also the easiest to master if you have time to play over and over again until you learn each of the stages and master them. Definitely worth playing here a lot, for starters (but only when you have enough play time under your belt because the levels here are difficult).

The main Championship is the easiest and you will be assigned to a league based on your higher score. The higher the score, the better – as you will get better rewards. This is the easiest place to be and great for learning the ropes – then grow through the Championship as you get better and upgrade your pets, relics and characters.

Finally, we have the really challenging Super League which only allows you a couple of tries for free (but you can always watch ads for more). This is really difficult as it tests your reflexes and response time, but it’s again a relatively one to master once you get used to its mechanics. And the rewards here are great too!

All in all, you should find time to take part in all of the leagues and rank as high as possible to get top rewards.

You can’t have a mobile game nowadays without having some sort of a guild or clan setup available and Wind Runner makes no exception. And even though you don’t get a ton of things in return from the guild system here, it’s still better than nothing.

You can find friends here, get guild scrolls and enjoy the benefits from the Guild Spirits. This means that you need to be in an active guild – the more active it is, the better your boosts and bonuses.

How to win points for your guild in Wind Runner?

An important thing that you can do for your guild (together with your guild mates) is to win Guild Points (GP).

In order to win these, you will have to play the Special Mode game available from the main screen. Depending on your rank there after competing against other players, you will get more or fewer GPs for your guild. But every little bit helps!

Another good thing about the stages here is that the more you play, the better you should get because you’re playing the same stage over and over again. Just learn the best routes and you’ll do great!

The game, like most free mobile games out there, gives you the chance to watch ads for getting various freebies in the game: from additional goodies in the chest to new cards and characters if you check the store, there’s always something extra that you can win in order to get ahead.

My recommendation is to watch ads first for more longer term investments (gold coins, cards) and then for tickets for the various stages of the game – but by all means take advantage of these, especially if you’re planning to remain a free to play player. This way, progress will be much faster and easier.

Each day, you have a set of missions that you can complete for getting extra resources, including premium currency! Make it a habit to complete all these each day: some are very easy to complete, while all the others come from actually playing the game.

The way I do it? I just go to the Missions tab and start completing them from top to bottom, focusing on the premium currency ones at first. Easy peasy!

Find the perfect team for your runs

You have different characters, pets and relics in Wind Runner and different combinations will deliver different results.

But it’s not just the combinations of characters that matter a lot – their actual level is important. So usually, when it comes to the main character, the best one will be the one of the highest level.

Riding Pets work in a similar fashion, but they have different skills. I personally like Dragon, Unicorn and Griffin (in this order) but you should try them all and see which of their skills is easier for you to use in order to get an advantage from it.

Summon Pets and Relics are more passive in nature and you should focus here on the ones that give you the biggest boosts to your score (or are most helpful, as is the Plantina which reduces your skill countdown).

We’ll have some more in-depth guides for each of these categories, but until then make sure to experiment and explore the various options you have available to find your perfect team setup.

Additional tips to perform better during the races

I still think that your results in a stage are 80% skill and 20% team selection, so let’s see some other things that you can do in order to perform better in each race / stage:

– replay each course over and over again – practice makes perfect!

– whenever possible, try or at least consider alternative routes. In most stages you have different options for completing them – some faster or simply better than others. Try everything!

– use the on-screen indicators to perform better (like warnings for incoming missiles). Always look to your right – the direction of running – and take in all the routes / obstacles and elements that are incoming.

– make sure to take advantage of the skill of your riding pet and your own character. Activate the latter at the right time and make sure that whenever you do it, you get the full benefit from that in order to get the highest score boost possible.

These would be, for now, out tips and tricks for Wind Runner on mobile. If you have additional strategies to share for Joymax’ game, don’t hesitate to let us know by commenting below. 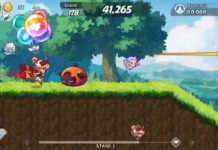