Home Game Guides Will There Be a Fortnite and Dead By Daylight Crossover? 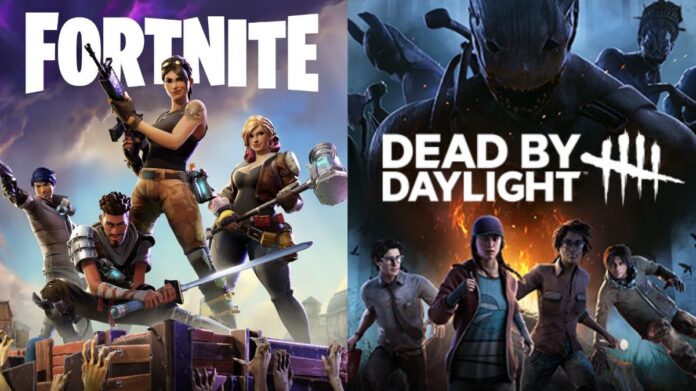 Leaks from a well-known source have suggested Fortnite may be adding Dead By Daylight cosmetics to the Item Shop in the near future. Fortnite leaker Shiina provided an anonymous source showing a possible crossover.

The source claims that both games would have cosmetic additions inspired by the other: Dead By Daylight would have a Loot Llama Charm for either Killers or Survivors to add to their character, while Fortnite would include a Meg Thomas skin! Meg Thomas is one of the original Dead By Daylight Survivor characters, and it is said that the skin would include a back bling and harvesting tool in her bundle.

Related: When Are Nea and Meg Characters Coming to Dead By Daylight

Rumours have yet to be confirmed by either company’s representative, however a recent Twitter exchange between Epic Games and Behaviour Interactive has got fans very excited.

Whether this rumour proves to be true or not, we will find out in time. Meanwhile, fans are discussing which Dead By Daylight characters they would like to see in Fortnite. Can you see Huntress building quick 360s and sniping from the top of her tower? Would you play as Dwight and hide in bushes the whole match? Let us know in the comments below!