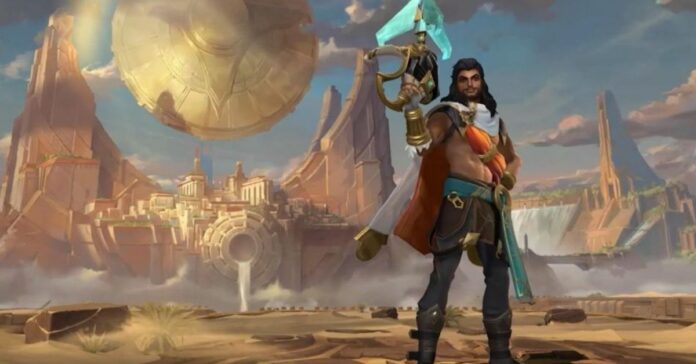 Akshan in Wild Rift is a new Marksmen/Assassin with a High Difficulty to play. This character deals Physical Damage and is usually played in Middle Lane. Here is the guide on how to play this Assassin.

Recommended Runes and Spells for Akshan in Wild Rift

There are many runes to pick for each character, but here is the list based on professional players’ preferences. These runes are:

As spell choice, we recommend you a classic combination of Flash and Ignite. It is always a great pick that helps you to get some kills and escape troubles.

Akshan in Wild Rift has one passive ability, three common abilities, and one ultimate ability.

His passive ability is Dirty Fighting. Every three hits from attacks or damaging abilities deal burst damage and, if the target is a champing, Akshan gets a shield.

Avengerang throws a projectile that flies forward and returns to the user. It deals damage.

Going Rogue has two effects. The passive one marks as Scoundrels enemy champions that killed Akshan’s allies. When you kill a Scoundrel, you get bonus gold and all allies killed by this Scoundrel will be instantly resurrected at the base. The second effect is active and it makes Akshan camouflaged. Also, he starts to track Scoundrels’ trails and gets additional Movement Speed and Mana Regeneration while tracking down.

Heroic Swing throws a hookshot that sticks to the terrain. If you activate the ability again, Akshan will swing around the terrain in the designated direction and shoot the nearest opponent. During this swing, you can cast the skill again and Akshan will jump one more time with a final shot.

Comeuppance is Akshan’s ultimate ability. The champion locks onto an opponent and starts to charge his guns. Akshan shots at the end of charge or after interruption. It deals damage based on the enemy’s missing HP. Your character can move and cast Heroic Swing while using the ultimate.

RELATED: How to unlock Senna champion in Wild Rift

Akshan is an Assassin. You should concentrate on improving his damage and lifesteal, but don’t forget to buy some items for protection. Our recommendations are:

That was all the recommendations to play as Akshan in Wild Rift. Good luck in your further matches.