Home Game Guides Who is the Best Character in Raid: Shadow Legends 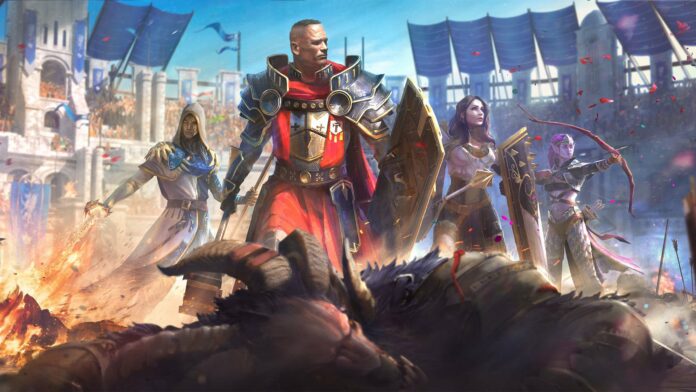 Raid: Shadow Legends is a world-famous RPG available for mobile devices and PC. Players use the Gacha system to get new champions. Then they need to be upgraded and assembled into a team that is convenient for your play style. There are a lot of champions in the game. And in this guide, we will try to find who is the best.

Who is the Best Character

Legendary champions are the best in the game. But even among them, there are stronger ones. It is also worth noting that there is simply no one best champion. This is because each player has his style of play, and not all legendary champions will suit him. Therefore, we will look at 3 of the strongest and most popular legendary champions.

Let’s start with Turvold, also known as The Bladed Barbarian. This attack-type champion will appeal to players who love barbarians. His skills increase his damage and inflict a Weaken debuff on the enemy. Thanks to this, Turvold can quickly destroy each enemy in turn.

RELATED: Who is Mordecai in Raid: Shadow Legends

Next is Lyssandra. She is a champion from the High Elves faction who plays the support role on the team. Her abilities increase the speed of allies and transfer debuffs from herself to the enemy. If you use her with a champion that deals AoE damage, then your team will undoubtedly become one of the strongest.

And the last one on our top is Dracomorph. This champion can deal massive damage to targets with debuffs, attack multiple enemies at once and apply debuffs to them. He is by far the best damage dealer in the game.

Who is the Best Character in Raid: Shadow Legends