Home Game Guides Who is Mordecai in Raid: Shadow Legends 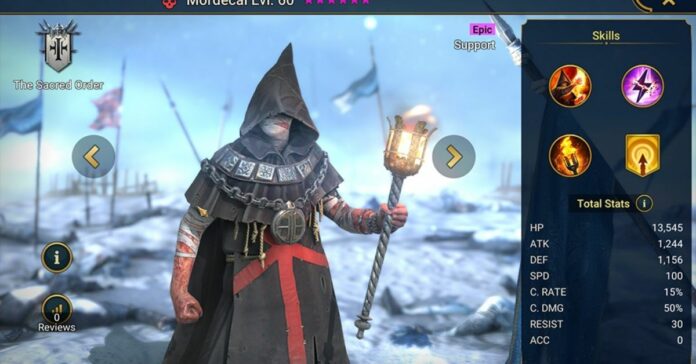 Raid: Shadow Legends is an incredibly popular fantasy RPG. Players fight exciting battles against various enemies, bosses, and also players. For battles, players use teams from various champions. Each champion is unique and has special skills. And in this guide, we want to tell you about Mordecai.

Mordecai is an epic champion who belongs to The Sacred Order faction. He plays the role of support and is perfect for the Dungeon. This champion can spread Burn on enemies, so he will be a very valuable support for almost any team. Especially if you want to easily pass stage 16-20. Mordecai also has skills that allow him to control the turn counter. He is not a very strong damage dealer, but he helps other damage dealers very well. Here is a list of his skills:

Who is Mordecai in Raid: Shadow Legends