Home Game Guides Who is Mighty Miner in Clash Royale? 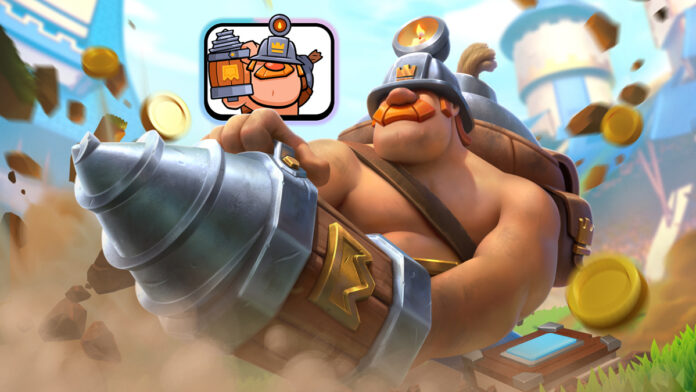 Recently, Clash Royale developers showed off a brand new character called the Mighty Miner as a new Champion card in the game. This also marks the first time a new Champion card has been launched since the initial release of the first three: the Archer Queen, the Golden Knight, and the Skeleton King back in October 2021. So, in this article, we will explain all you need to know about Mighty Miner in Clash Royale.

RELATED – Best Clash Royale Deck to Use in 2022

Who is Mighty Miner in Clash Royale?

Mighty Miner is a new Champion card in Clash Royale which, as the name suggests, is based on the Miner, an already existing Legendary card in the game. You will be able to unlock it after reaching King Level 14, and it is a single target long melee troop with a great amount of health.

Mighty Miner targets ground troops with damage that increases over time and costs 4 elixir to deploy. Similar to other Champion cards, the Mighty Miner has a special ability too. Mighty Miner’s special ability called Explosive Escape costs 2 elixirs to use and “allows him to burrow underground and dig out to the horizontally mirrored position, leaving a big bomb as a goodbye gift.”

This ability basically lets him escape out of situations by quickly mining underground and popping up in a different location on the map. The new card definitely looks interesting and fun to use. The new Mighty Miner update also adds a new card mastery feature to Clash Royale, allowing players to unlock new challenges as they use specific cards more often, offering them bonus rewards.

Who is Mighty Miner in Clash Royale?